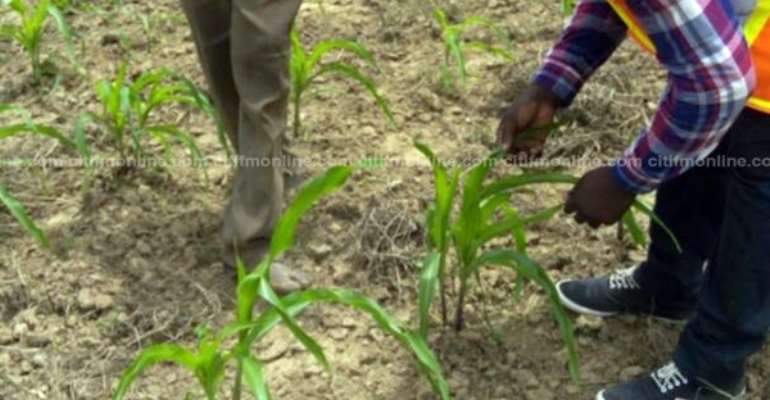 A member of the Peasant Farmers Association of Ghana (PFAG), has developed a biological solution, which helps to kill the fall armyworms that have attacked a number of maize farms across the country.

Dr. Elias Amakye, the Ashanti Regional Focal Person of PFAG, who developed the biological solution, said “it is very penetrating and goes into the hide-out of the worms in the crops and kills them in less than five minutes.

The biological solution involves mixing chili pepper, garlic and any kind of oil, which should be applied to the hide-out of the fall armyworm on the crop to destroy it.

Dr. Amakye announced this solution at a conference in Tamale organized by PFAG with support from Alliance for a Green Revolution in Africa (AGRA), to provide the government with evidence of successes and challenges of the implementation of the Planting for Food and Jobs (PFJ), and the Fertilizer Subsidy Programmes.

The PFJ has helped a number of farmers to increase the number of acres of crops they cultivate, but the fall armyworm infestation of some of the maize fields has become a source of worry to farmers, whose fields have been affected.

Dr. Amakye said he applied the solution to parts of his 15-acre maize farm, which was attacked by the fall armyworms at Konongo in the Ashanti Region, and it killed the worms in less than five minutes.

He expressed the hope that government would recognize his solution and encourage farmers to use it to control the fall armyworm infestation of maize crops across the country.

He also appealed to the government to help farmers to fumigate farmlands affected by the fall armyworms this year, saying that was the only way to completely destroy the breeding grounds of the worms to prevent them from resurfacing next farming season.

Mr. Abdul-Rahman Mohammed, President of PFAG, was happy that efforts were being made to find lasting solutions to the fall armyworm challenge, which had caused a lot of damage to crops this year.