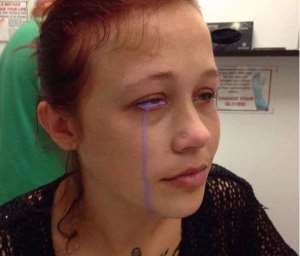 Catt Gallinger, a young woman from Canada, is using her own experience to make people to think twice and do their research before getting an eyeball tattoo. In her case, the botched procedure left her with blurry vision in her left eye and purple discharge coming out of it.

Gallinger, from Ottawa, Canada, said that she decided to get an eyeball tattoo so that she would “feel more at home in my body”, but never imagined it would end up costing her her sight. Soon after coloring the white of her left eyeball purple, the 24-year-old pet nutritionist noticed purple discharge oozing out of it. She went to the hospital, where doctors administered antibiotic drops and sent her home.

Unfortunately, things got even worse after that. Her eye became swollen shut, and after doctors used steroids to alleviate her symptoms, the tattoo became congealed around her cornea, affecting her vision and causing severe discomfort. 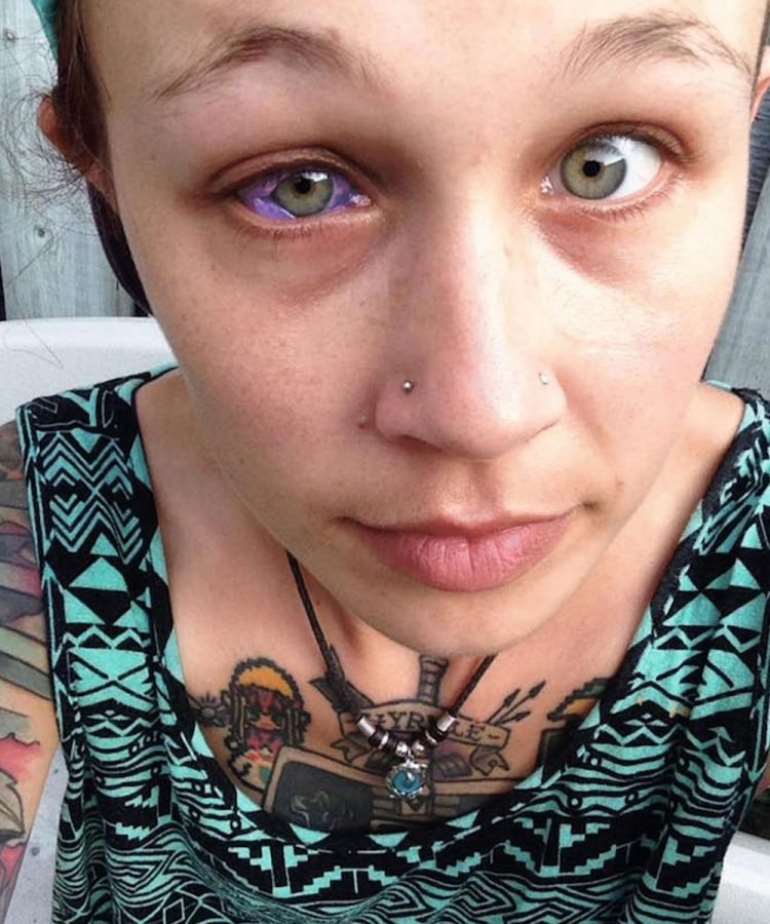 The young woman recently told reporters that she has had to spend hundreds of dollars on prescriptions so far, and while the swelling and pain have subsided, her sight in the tattooed eye still isn’t as good as before. She claims that the coloring of the eyeball appears to be lighter than before, but that could be just the paint swirling around in the eyeball.

Doctors have told Gallinger that her eye has been permanently affected and have to “go completely or stay a blurry mess.” However, she remains hopeful that surgery will prevent her condition from becoming even worse, and maybe even repair the damage. She started posting photos and videos of herself during various stages of her condition, cautioning people to look into the tattoo artist’s work and reputation before undergoing the procedure.

“Just please be cautious who you get your mods from and do your research. I don’t want this to happen to anyone else,” she wrote on Facebook. 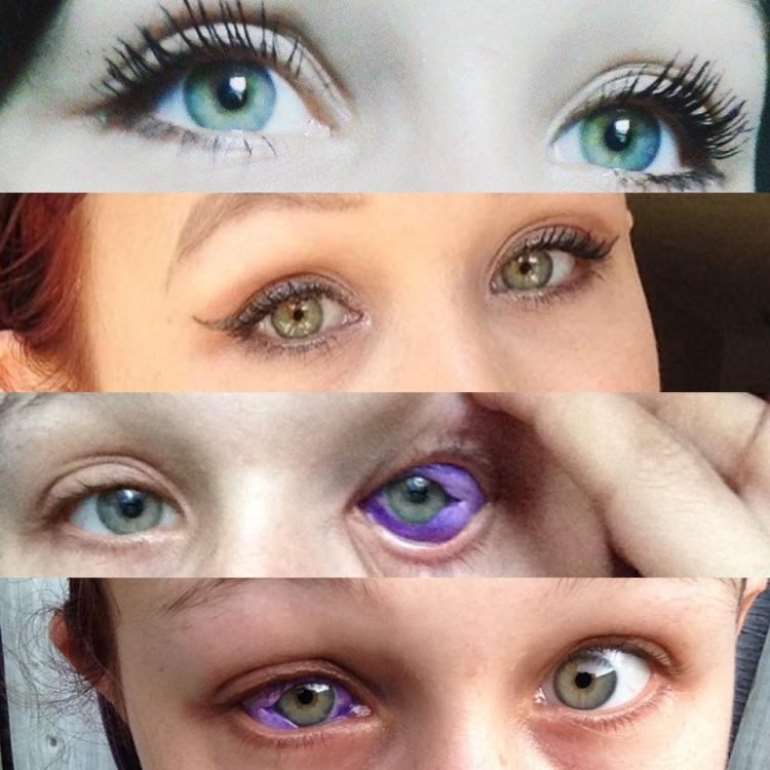 Speaking about her own case, Catt said that she believes complications were caused by “undiluted ink, over injection, not enough/smaller injections sights”. She also says that she did nothing wrong during the recovery period.

“There are multiple people who can attest that my aftercare was good and any other part of what I am saying,” Catt wrote. “I have been to the hospital three times, I had no furry pets to cause any dander, and I wash my hands every time I do anything with my eye, both before and afterwards.”

Despite ophthalmologists’ warnings regarding the dangers posed by sclera tattoos, a.k.a. eyeball tattoos, this form of body modification has become very popular in recent years.