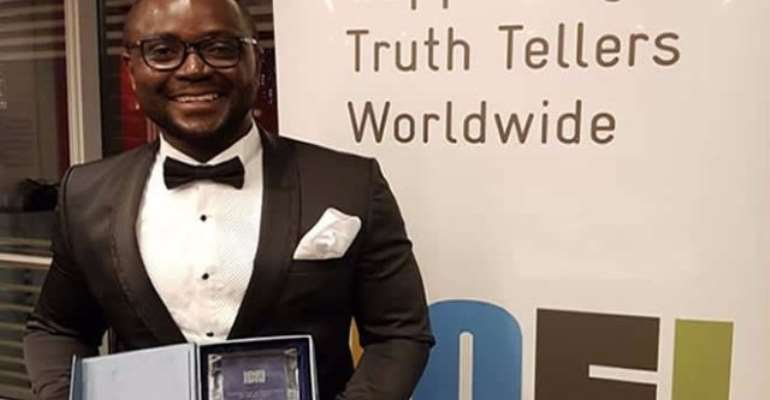 The Institute is honouring the 2014 Ghana Journalist of the year in pursuance of its advocacy programme and the need to promote, recognize and encourage individual achievements that have a positive impact on society.

The non-competitive category which is part of the CIMG National Marketing Performance Awards is acknowledging Mr Kwame Boateng for his compelling 'Next To Die' documentary.

The documentary is a heart-rending story about life and death and one with the most shocking statistics at the Komfo Anokye Teaching Hospital (KATH) in Kumasi.

Related: Next to Die': 'This can't be happening' - First Lady dismayed at KATH child mortality

On the average, about 100 women are dying on delivery beds at the Hospital annually, while about four babies die each day.

Officials say the situation has reached a crisis level as women in labour are forced to join long queues.

His documentary moved the First Lady, Rebecca Akufo-Addo to hold two fundraising events in Accra and Kumasi to gather funds to build a one-storey facility for the Hospital.

The award ceremony will come off at the Institute’s Marketing Awards ceremony slated for September 23, at the Banquet Hall, State House.

He was adjudged winner together with four others from Brazil, China, Benin and India of the International Center for Journalists’ 2017 award for his story that focused on the state of healthcare at the Komfo Anokye Teaching Hospital in Ghana.