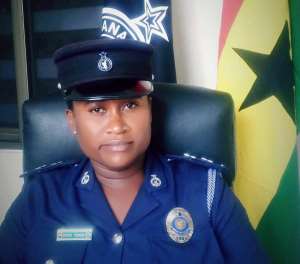 The Accra Regional Police Command has called for the postponement of a planned demonstration by a group calling itself Freedom and Justice against the Rohingya crisis.

The group notified the Police about its demonstration [which will be staged in Ghana] against the state of Isreal, following alleged reports of sale of arms to the Myanmar government.

In a meeting with the group, the Police Service however advised the organizers , led by the MP for Kumbungu, Mr. Ras. Mubarack to “rescind on their intended demonstration due to personnel constraint and issues bordering on national security.”

The Police Command, in a statement signed by Head of Public Affairs Unit of the Police Service, Efia Tenge urged interested supporters to “refrain from taking part [in the protest] since it will not provide security for the demonstration.”

The statement indicated that though Mr. Mubarak and his group refused to respect the decision of the Police to reconsider a postponement, the Police Service will “implore the leadership to heed to the Police by rescinding on their decision for further deliberations.”

Rohingyas have been fleeing attacks in Western Myanmar, specifically Rakhine state, which began on August 25.

The incident led to insurgents attacking Police posts and an army camp which killed about 12 in the process.

The military has been accused of burning Rohingya villages but the army has explained that it is only responding to attacks by militants and not targeting civilians.