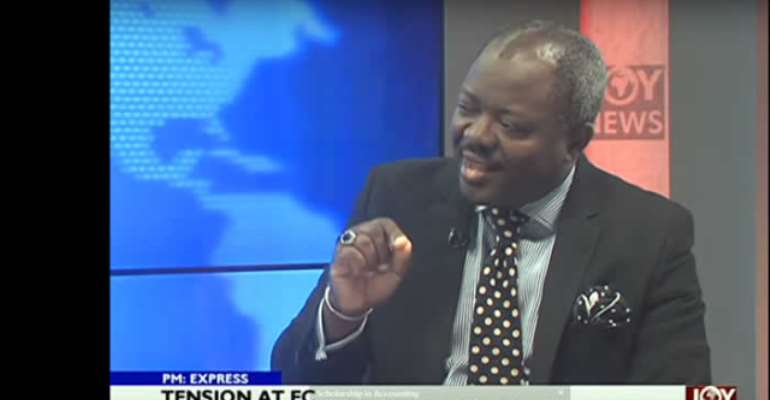 Although the Minority NDC has vowed to resist a possible impeachment of Chair of the EC, Charlotte Osei, a legal practitioner, Kojogah Adawudu, says he struggles to see how anybody can oppose a constitutional process.

The Minority in Parliament have said they will mobilise and oppose attempts to impeach Charlotte Osei from office, following a petition to President Nana Akufo-Addo by some yet-to-be-identified staff of the elections administration body.

The unnamed staff petitioned the President through their counsel, Maxwell Opoku Agyemang, over allegations of fraud and abuse of office against Mrs Osei.

Advertisement Speaking at a news conference in Accra Thursday, the Minority Leader, Haruna Iddrisu cautioned President Akufo-Addo to desist from any plan to replace the EC Chairperson.

The Presidency has confirmed receipt of the petition. 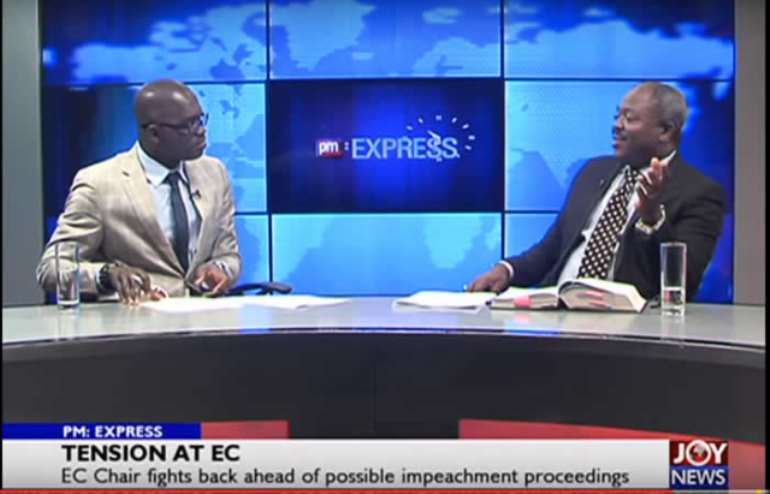 On PM Express, a current affairs programme on the Joy News channel on Multi TV, Mr Adawudu, who is a member of the NDC legal team said the impeachment process started immediately the petition reached the Presidency.

“I don’t think that anybody can resist that,” he told show host Malik Abass Daabu.

He said the fidelity of the constitutional process lies in the respect which every citizen or group is mandated to accord it.

He said even if it is the case that the allegations of fraud and abuse of office leveled against the EC Chair, are false a Committee that will be formed by the Chief Justice, Sophia Akuffo, would make that determination.

Watch the full PM Express show that discussed the legal issues raised by the petition in the video link below.