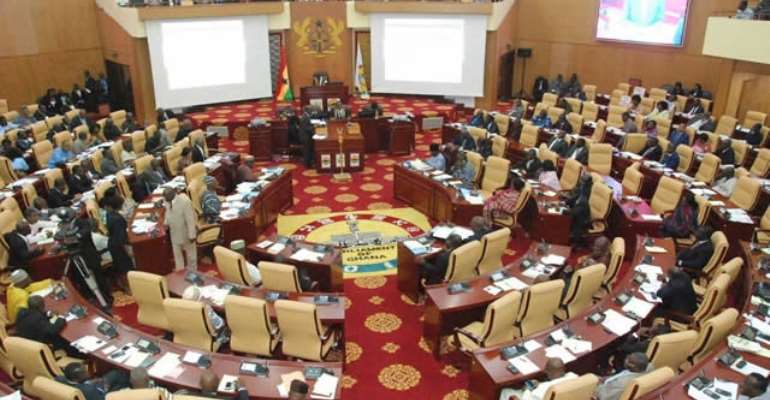 The Committee on Constitutional, Legal and Parliamentary Affairs of Parliament has rejected a request by the Government for the Office of the Special Prosecutor’s Bill to be passed under a certificate of urgency and recommended the bill be taken through all the normal processes.

The Minority National Democratic Congress (NDC), earlier in the week, raised issues on constitutional breaches, stating that the Bill had not been gazetted when it was first laid on Tuesday and copies had not been made available for their perusal.

Following a debate as to whether the Bill should be treated under a certificate of urgency, the Speaker of Parliament, Professor Aaron Michael Oquaye, directed the Constitutional, Legal and Parliamentary Affairs Committee to determine the urgency or otherwise of the Bill in accordance with the 1992 Constitution and the Standing Orders of the House.

Advertisement
The Committee, on Friday, reported that it came to the “determination that more time would be needed to allow for broader stakeholder consultation before passage.

“The Committee, therefore, recommends to the House to adopt this Report and to pass the Office of the Special Prosecutor Bill, 2017 through the usual legislative procedure and not in accordance with Article 106 (13) of the Constitution.”

Mr Ben Abdallah, the Chairman of the Committee, and MP for Offinso South, told the plenary that: “Going through the memorandum and the body of the Bill itself, we realised that the Bill carries a lot of weighty issues that need to be discussed and, therefore, need a broader stakeholder consultation and this cannot be done within a short period of time.

“It was, therefore, the considered opinion and view of the committee that in view of the reasons mentioned above this bill cannot be treated under a certificate of urgency.”

The Committee, in its report, noted also that the bill was of a sensitive nature and had generated public interest.

However, the Attorney-General’s Office “is overburdened in the discharge of its duties and, therefore, the need to carve out some of its investigative and prosecutorial duties to the proposed Office of the Special Prosecutor,” he said.

“The Committee does not see any vacuum created by the absence of the Office of a Special Prosecutor to warrant the Bill to be treated as urgent,” Mr Abdallah said.

President Nana Addo Dankwa Akufo-Addo, during the electioneering in 2016, announced that an Akufo-Addo led government would create an office of a special public prosecutor to prosecute public sector corruption.

He said the office of the special prosecutor would be created within six months in office if he won the election.

In fulfilment of the promise, the Bill on the Office of Special Prosecutor was laid on Tuesday, amidst contentions from the Minority Side that it was not gazetted and members did not have copies.