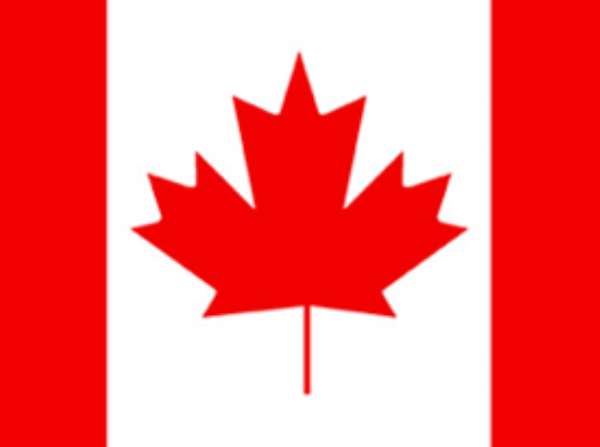 Tamale, May 12, GNA - The Canadian government is supporting Ghana with Direct Budgetary Assistance of 85 million dollars this year for the implementation of Food and Agricultural Development Policy (FADP) in Northern Ghana.

Canada has also selected Ghana as one of the countries, which will benefit from Canadian direct International Budget Assistance to embark on their development agenda including the improvement of their infrastructure.

The Canadian High Commissioner in Ghana, Dr Donald J. Bobiash, announced this at a "National Conference on Participatory Agricultural Research and Development" in Tamale on Wednesday.

It brought together about 88 farmers from the Upper East, Upper West and the Northern regions and other policy makers and researchers across the country to brainstorm on moving agriculture in the three Northern Regions forward.

The High Commissioner said Canada had signed a Memorandum of Understanding with the Ghana government to provide a three million-dollar facility to manage the water resources in Northern Ghana. Speaking at the opening of the conference, Mr Clement Elledi, Deputy Minister of Food and Agriculture said: "As a nation, we need to have a plan for technology development and dissemination if we want to strive for economic development".

He said it was the Ministry's objective to strategise to make food accessible and affordable to all Ghanaians at all times to help alleviate poverty..

The Deputy Minister called on farmers to work together as a team to avoid duplication, waste and disaster in food production.

Professor Saa Ditto, Pro Vice Chancellor of the University for Development Studies (UDS), Tamale, said the food security situation in Ghana, particularly the three Northern Regions, was desperate and unless realistic and practical innovations were put into the agricultural sector poverty would never abate.

He said Ghana's agriculture had not been moving for many years as expected because farmers and researchers had been doing the same things over the years and called for a change in the trend to improve the food situation in the country.

Prof. Ditto said agricultural research, extension and training, should be basically participatory if the country should achieve the desired results.

Alhaji Abubakar Saddique Boniface, Northern Regional Minister, who chaired the function, said the country was endowed with virgin lands and other natural resources, which should be exploited on sustainable basis to help reduce poverty among the citizenry.