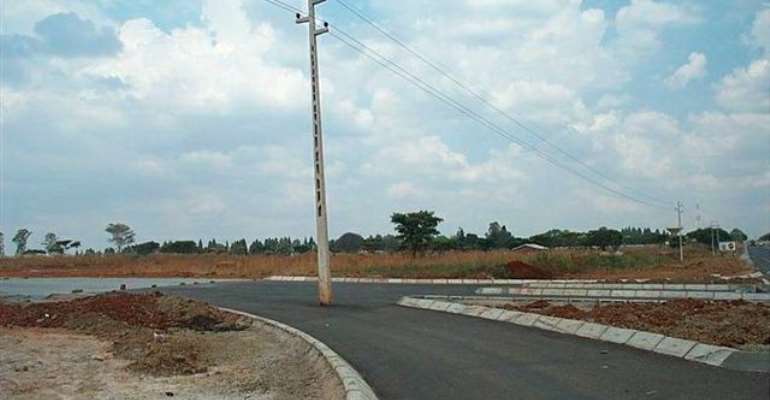 THE PROJECT Engineer of the Central Region branch of the Electricity Company of Ghana (ECG), Mr Osumanu Adamu has been accused of allegedly taking ¢600 million as bribe from a businessman in connection with power installation to the man's factory.

Besides, Osumanu Adamu was accused of taking a car from Mr. Akpanga, owner of the factory.

Akpanga had bought a transformer, electric poles and wires to generate power for his mosquito coil industry located at Eduma, near Yamoransa.

He then contacted Mr Adamu, the project engineer to have the power connected to the said location.

Chronicle's information indicated that for such a project, ECG normally charged a small amount, but in this case, Adamu allegedly took ¢600 million and a car from the man after he had installed it.

The installation was said to have been done on Sunday, which was strictly against the company's regulations.A fake receipt was then issued to Mr Akpanga to that effect last year.

Upon a tip-off, however, Akpanga got wind that the project engineer had duped him.This infuriated him but he felt to impotent to act a she felt there was nothing he could do.

Rumor nevertheless reached the ECG hierarchy so the internal auditors were brought down to unravel the truth.

The auditors, however, presented a sketchy report, which did not satisfy some of the workers who were of the view that the auditors' palms might have been greased to cover up their findings.

Adamu could not deny or confirm his involvement in the bribery allegations when the paper quizzed him on the matter.

He admitted that auditors from Accra had come down and spent a month early this year to audit the amount in connection with the power installation.

He then paused and referred this reporter to his boss for further probe into the case, adding that he did not know what kind of report the auditors had submitted.

Mr. Nii Ofori, aide-de-camp of Akpanga told The Chronicle that auditors had asked him to present the receipt issued to him by Adamu, which he had submitted at the regional office.

The acting ECG regional director, Mr Frempong Yeboah, who demanded the source of the paper's information said the case was new to him.

After a brief consultation with an official on phone from Accra, he acknowledged that Akpanga had bought all the necessary materials for the project.

The next day, the regional director showed up in the paper's office and verified whether this reporter had spoken to the businessman.

Ever since The Chronicle sniffed around, it is said there had been witch hunting and intimidation of workers who are perceived to be possible informants on the case, to the paper.