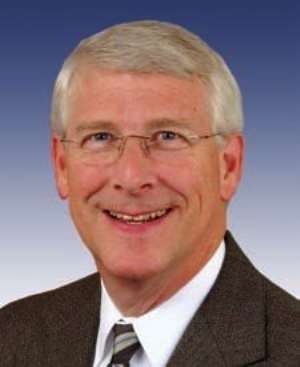 The Helsinki Commission has condemned the pending legal action to ban Jehovah's Witnesses in Russia and urged the government of that country to drop the case immediately.

Statements from the Commission said the government of Russia is applying 'flawed counterterrorism laws to those who seek to practice their faith,' and called on the government to desist from 'exploiting genuine threats of violent extremism to undermine what little religious freedom remains in that country.'

'I urge the Russian government to drop the case immediately,' Chairman Wicker wrote.

The statements, issued on March 28, 2017, by the Commission on Security and Cooperation in Europe (CSCE), which promotes human rights and economic security in European, Eurasia, and North America, were made available to the Ghana News Agency via e-mail by Mr Nathaniel Gbedemah, Media Contact Person of Jehovah's Witnesses in Ghana.

They reminded the Russian government of the Helsinki Final Act signed by all 57 participating states of the Organisation for Security and Cooperation in Europe including Russia.

The Act stated that 'participating States will recognize and respect the freedom of the individual to profess and practice, alone or in community with others, religion or belief acting in accordance with the dictates of his own conscience.'

Against that background, Co-Chairman Smith said 'at stake in the upcoming court case is the legality and perhaps the survival of the Jehovah's Witnesses and in fact basic religious freedom throughout the Russian Federation.'

'If the Supreme Court of Russia declares this faith group an extremist organization, it is an ominous sign for all believers and it marks a dark, sad day for all Russians,' he explained.

Commissioner Hudson who is a staunch supporter of religious liberty said: 'I am appalled by the Russian government treating an entire religious group as a threat to national security,' adding, 'religious affiliation should never be a justification for persecution.'

On March 15, the Russian Ministry of Justice filed a formal court claim to label the Administrative Centre of Jehovah's Witnesses in Russia an extremist group and liquidate their national headquarters and 395 local chapters, known as 'local religious organizations.'

Should the Russian Supreme Court decide against the Administrative Centre, 175,000 Jehovah's Witnesses in Russia could face criminal prosecution for practicing their faith.