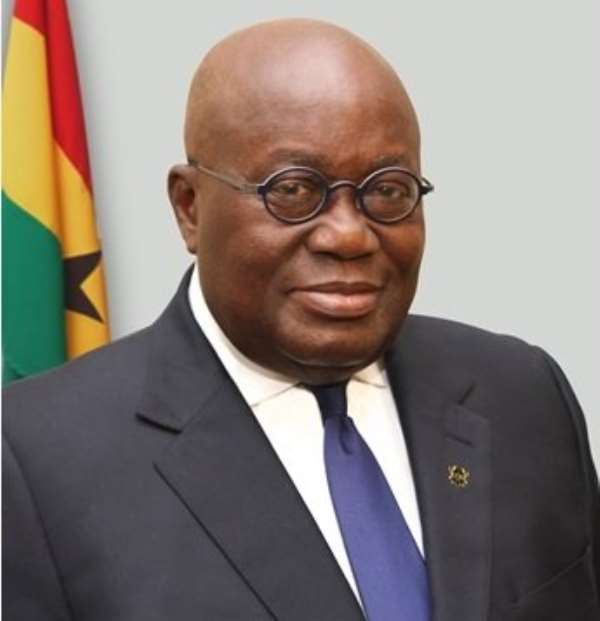 Additionally, plans are afoot to ensure that more than 50 per cent of cocoa bean produced in the country is processed to enable Ghana derive maximum benefits and value from the commodity and make the sector lucrative.

President Akufo-Addo said this when inaugurating the Board of Directors of the Ghana Cocoa Marketing Company at the Flagstaff House in Accra.

The President noted that the activities of illegal miners, price volatility on the world market and the allegations of corruption at the Ghana Cocoa Board had contributed to the dwindling fortunes of the sector.

He said the sector being a mainstay of Ghana for over a century, ought to be accorded the necessary attention, as it contributed about a quarter of a the country's earnings.

'The sector has been washed with stories, which are being investigated. If these stories are true, measures will be put in place to ensure that they never occur again,' he said.

President Akufo-Addo urged the board, chaired by Mr Hackman Owusu Agyemang, a former minister of state in the Kufuor administration, to help restore the country's pride as a vibrant cocoa growing country.

He said the Chairman had considerable experience from the Food and Agriculture Organsiation (FAO) and indicated the other members on the board had been carefully chosen because they had the qualities to help revive the industry.

"It is an honours task, a task I am confident the calibre of men and women who are now on the board are going to be able to discharge. The Ghanaian people are looking at you. They want to see a new leaf turned in the manner in which our cocoa industry has been managed," he said.

The President said the board would be supervised by the Minister of Food and Agriculture, Dr Afriyie Akoto, a passionate advocate for the cocoa industry.

"From where I am standing, I have put together a winning team and I am hoping that your performance will show that my judgment was right," he said.

Speaking on behalf of the board, Mr Agyemang said the team would work hard to revive the cocoa industry and achieve the government's production target of one million tonnes of cocoa.