By Jan Hennop and Maude Brulard 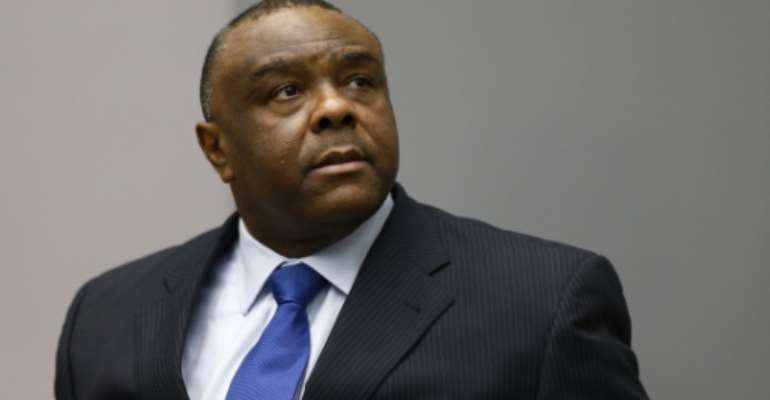 The Hague (AFP) - Judges on Wednesday sentenced former Congolese vice president Jean-Pierre Bemba to a year in jail and fined him 300,000 euros for bribing witnesses during his war crimes trial in an unprecedented case before the International Criminal Court.

"The chamber imposes on you an additional 12 months, one year, imprisonment," presiding judge Bertram Schmitt told Bemba, adding a "substantial fine" was necessary "to discourage this kind of behaviour".

Prosecutors had asked for eight years for Bemba, who is already serving 18 years after being convicted of war crimes by his marauding troops, who he sent into the Central African Republic in 2002 to 2003 to put down a coup against the then president.

Found guilty last year of bribery, the verdict and sentence are the first of their kind in the history of the ICC.

Bemba was found guilty in October of masterminding a network to bribe and manipulate at least 14 key witnesses, and had "planned, authorised, and approved the illicit coaching" of the witnesses to get them to lie at his main trial. 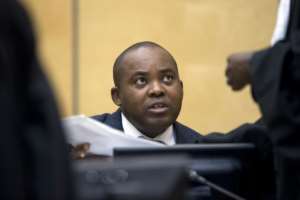 The lawyer of former Congolese vice president Jean-Pierre Bemba, Aime Kilolo (pictured), seen at the International Criminal Court (ICC) in The Hague, in 2013

The heavy-set Bemba, 54, wearing a dark suit and light blue shirt, showed no emotion on Wednesday as the additional sentence was imposed by Schmitt in the heavily protected courtroom in The Hague.

The year-long sentence will run consecutively to his 18 years' jail time.

Bemba's lawyer Aime Kilolo received the heaviest sentence among four of the former vice president's associates, handed two years and six months for "abuse of trust" as well as "abuse of the lawyer-client privilege".

All the sentences were well below what the prosecution had requested and none except for Bemba will effectively spend time behind bars, as the judge gave credit for time already spent in the ICC's detention centre.

They also suspended Kilolo and Mangenda's sentences for three years.

Set up in 2002 to prosecute the world's worst crimes, the ICC goes to great lengths to try to protect witnesses and its trials from any interference.

The charges against Kenyan President Uhuru Kenyatta and his vice-president William Ruto had to be abandoned by the ICC due to a lack of proof amid allegations of witness tampering. 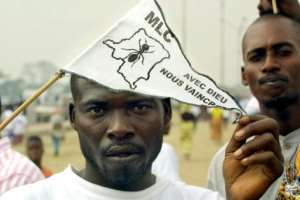 A supporter of newly appointed DR Congo vice-president Jean-Pierre Bemba holds a flag of the Congolese Liberation movement (MLC), reading 'with god we shall overcome', outside the People's Palace in Kinshasa, in 2003

"The type of sentence, whether heavy or light, will send a clear message about the gravity of the crime," said Mariana Pena, from the Open Society Justice Initiative, an international law advocacy group.

Bemba was sentenced in June 2016 to 18 years in jail on five charges of war crimes and crimes against humanity committed when his troops went on a rampage in neighbouring CAR.

His main trial was the first before the ICC to focus on sexual violence as a weapon of war, and the first to find a military commander to blame for the atrocities perpetrated by forces even though he did not order them.

A chilling series of rapes, murders and atrocities were committed in the CAR between October 2002 to March 2003 by troops from Bemba's Congolese Liberation Movement (MLC).

Once a wealthy businessman-turned-warlord, Bemba became one of four vice presidents in the transitional government of DR Congo's President Joseph Kabila.

In 2006, he lost to Kabila in a presidential election run-off and fled to Europe. He was arrested in 2008 in Brussels and handed over to the ICC.

His MLC militia has since morphed into a political party and is currently the second-largest opposition group in the National Assembly.