Mob Justice, A Pain In The Neck Of The Rule Of Law 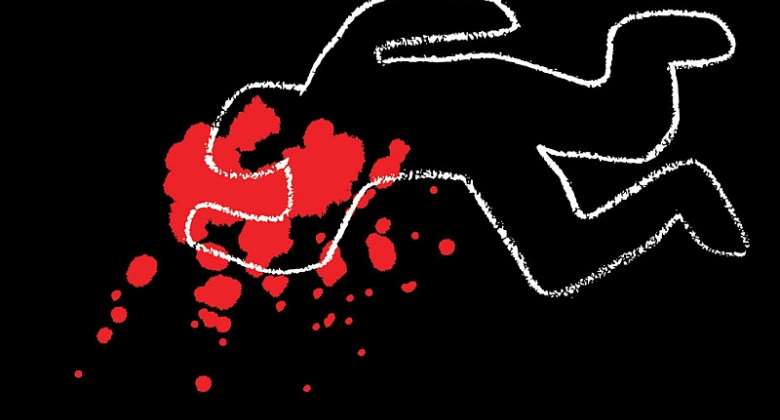 A few days ago, the Ghana Police Service issued a cautioning statement through its Director of Public Affairs Superintendent Cephas Arthur to individuals and groups who take the law into their own hands by acting as accusers, jury and judge and punish all alleged criminals on the spot to desist from the barbaric acts. The caution came in the wake of a recent video footage that became viral on social media revealing the stripping and subsequent stoning of lady alleged to be a thief at the Kejetia Market in Kumasi. Mob justice (sometimes called “Jungle Justice or Instant Justice”), is defined by online Wikipedia as an extrajudicial punishment by an informal group. It is most often used to characterize informal public executions by a mob in order to punish an alleged transgressor.

This type of justice is, while not an everyday occurrence, regrettably common in Ghana. Surprisingly, the illegality is more common in urban areas where law enforcement is deemed to be more visible and effective. At first glance, it is easy for most people to see why mob justice is wrong: it violates a person’s right to a fair trial which is duly listed in Article 10 of the UN Universal Declaration of Human Rights and right to be innocent until proven guilty.

Without a trial in an official court of law, it is all too easy to hurt or kill a person without proof of their guilt. Mob justice perpetuates a cycle of violence, creates a culture of fear, and rejects personal accountability for violent acts that are committed in the name of justice. Furthermore, in most circumstances, the actual accused escapes the scene and the instant cruelty is meted out on an innocent individual. The term ‘mob justice’ is even problematic because there is no justice involved in any sense. Too often, innocent people are murdered and severely assaulted in these attacks after being falsely accused. “Mob Justice” is a gross act of Injustice. Indeed, it is a criminal act punishable under the Laws of the land as set out in the 1992 Constitution of the Republic of Ghana. Thus, it is a deviation from legitimate social norms and a violation of all the national and international conventions that guarantee the rights to life and fair justice to every human being.

There have been several reports of mob justice being meted on suspected criminals and even suspected same sex partners. The issue of St. Pauls Senior High school is still fresh in our minds because an innocent student perished that faithful day due to the unprofessionalism displayed by the Police.

As we condemn the act of mob justice, it is important to understand the social climate, which fuels for its occurrence and recurrence. The illegality to some school of thought is gaining rapid recognition due to the simple fact urbanization has become brisk and so has migration. They pointed out that lynching or ‘necklacing’ as South Africans call it; occur more frequently in poor and informal settlements. Mob justice is a result of a severe lack of faith in local police forces and judicial systems. Many Ghanaians have based the argument of instant justice on the mistrust and slow nature of our police and justice systems. True as this may be, we should not accept that the answer to this is instant justice which sometimes leads to the lynching of the wrong person.

This is an unfortunately common situation in Ghana, in which no one really wins and justice is never served. Mostly, issues of these alleged thieves and other criminals remain in court for a very unpleasant period of time. Sometimes, the accused gets a legal counsel and even wins the case in the long run. To such victims of injustice, the accused should have been dealt with on the spot. This kind of feeling about the justice system forces individuals to lose faith in the Police and the Judiciary to be able to hand them justice.

In order to truly combat mob justice, one has to combat the blatant ineffectiveness of local and regional authorities. Effectiveness of the Rule of Law is solely dependent on the trust and confidence of the people in the legitimacy of these institutions.

Mob justice is a gross act of criminality punishable under the 1992 constitution of the republic of Ghana.

Because of the variety of social factors that contribute to mob justice, as well as a pervasive mentality that it is the only way to bring people to justice, the challenge of combating it is indeed a challenge.

Spreading awareness of human rights and the need to allow the system to take care of alleged criminals is one sure way of mentally sensitising the populace to see what makes mob justice wrong. This can only sink deep into the populace if all stakeholders such as the NCCE, CHRAJ, Department of Social Welfare and others put the necessary measures in place to aid the justice delivery system in becoming a force to reckon with when there is a crime.

As the issue under consideration has been reported to the Police and some arrests have been made, the Police and Judiciary should use the opportunity to deal with these miscreants of the law to serve as deterrent to others with the intention of replicating this barbarism in the near future.

The truth is that, although the pedestrianism of the law is irritating, no one is guilty until proven otherwise by a court of competent jurisdiction. Therefore, instant justice has no place in a democratic dispensation (as Ghana) where the rule of law operates. Once we have ascribed to democracy, we must accept the Rule of Law as well because there is no democracy without the Rule of Law.