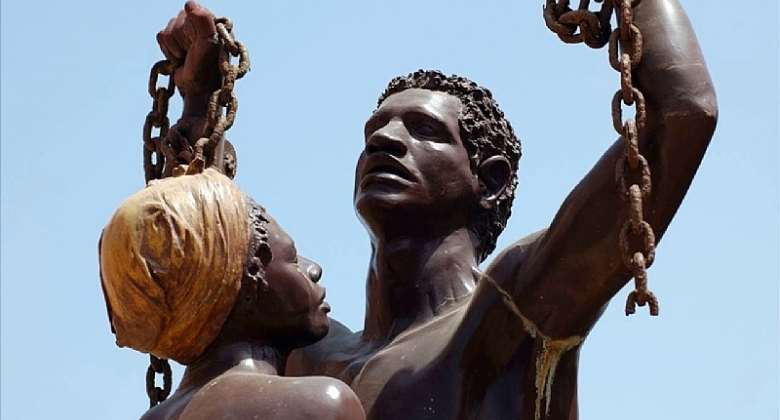 Over 6 centuries ago, slavery and human trafficking caused despair and little or no regard for human dignity in the world. More than 150 years after the abomination has been condemned to the ruins of history, there are numerous indications that slavery is not yet a thing of the past, but rather a dark secret in present day society and its name face-lifted to modern-day slavery.

23rd August is International Day for the Remembrance of the Slave Trade and its Abolition. The day was instituted by the United Nations Educational, Scientific and Cultural Organization (UNESCO) on the 23rd of August 1998. Although the day was commemorated in many countries around the globe, the focus was on the Island of Saint Domingue now Haiti where the uprising which set forth events leading to the eventual abolition of the Transatlantic Slave Trade began. Each year, the United Nations invites people all over the world, including educators, students and artists to organize events that centre on the theme of informing people about the historical events associated with the slave trade, the consequences and to promote tolerance and human rights.

It is astonishing that after over 150 years of Abraham Lincoln’s Emancipation Proclamation, slavery is still alive and well in the world including the United States of America. The evolution of slavery has come to be in many disguises; sex trafficking, child sex trafficking, forced labour, debt bondage, domestic servitude and unlawful recruitment, and use of child soldiers. To mention just a few. Modern-day slavery as it is beautifully referred to in modern times is also called contemporary slavery or neo-slavery. It is the institutional slavery that continues to exist in present day societies. The number of slaves in the world today is estimated to be around 21 million to 70 million. In 2016, the Global Slave Index documented 45.8 million enslaved people in 167 countries with one in four victims being children. It is worth noting that 58% of them are living in this top five countries- India, Pakistan, China, Bangladesh and Uzbekistan.

It has been revealed that the figures as quoted by the various research groups may be incorrect. Here is why. Because slavery is officially abolished globally, the practice is illegal and thus more hidden from the public and authorities. This makes acquisition of accurate figures a practical impossibility.

You may be wondering why there will be escalating figures about slavery in this technological era. The question is, can technology do everything? What about those who cannot afford technological tools? What becomes of their businesses which demand cheap labour? Modern-day slavery is therefore said to be in countries which lack education, economic freedom, the rule of law, and poor societal structure. But this is also not true because there has been reports of slavery in the United States, China, India and others. Are these countries by any standard lacking education, economic freedom and the rule of law?

Here is the reason why modern-day slavery is still well and alive. It is more profitable than before. It therefore lures individuals and even corrupt governments into allowing it despite it being outlawed internationally. Total annual revenues of traffickers were estimated to range from 5 billion US Dollars to 9 billion US Dollars in 2004 which clearly attests to the fact that the barbaric act is profitable after all.

Once there are practically slaves almost everywhere in the world including the World’s super powers, there sure must be some in Ghana as well. Ghana has become a source, transit, and destination country for children and women trafficked in West Africa for the purposes of forced labour and commercial sex exploitation. Trafficking in the country is reported to be prevalent than transnational trafficking and the majority of victims are children. Children are trafficked in and out of the country for forced labour in the areas of agriculture, mining, fishing, street hawking, forced begging, Kente weaving and sex tourism. Over 30,000 children are believed to be working as porters popularly known as Kayaye in Accra alone. In 2017, Ghana was ranked as a Tier 2 Watch List country in the U.S. Department of States 2016 Trafficking in Persons (TIP) report.

So long as modern-day slavery is done is secrecy, much effort and resource should not be wasted in trying to discover what the accurate figures are. All that is needed is an action plan to eliminate the rot in our society. In the TIP report of 2017 released in June this year, Ghana did not meet the minimum requirements but was given a Tier 2 ranking which is an improvement on that of the previous year. One may be wondering what the U.S. is trying to do when they confer undeserved honours on us. Well that is a topic for another day.

From a focal point, it is realised that, human trafficking in Ghana is divided in various geographical zones. Girls and women are trafficked to cities like Accra and Kumasi for forced sex slavery. Cocoa and other cash crop growing communities including fishing and mining communities deal in trafficking humans for forced labour. The only excuses given for the growth of slavery in the country is that, most people feel they can sell their hard-born children for a few cedi notes.

Today being International Day for the Remembrance of the Slave Trade and its Abolition offers us as a nation an opportunity to reflect on the effect’s slavery has on the human race. The day should not be used to organize durbars, galas and what not in celebration of something which has evolved into an even extreme dimension than it was. Let us use this day to reflect on our pledge embedded in a marble plaque placed on Fortes and Castles such as that at Cape Coast with the words; “In Everlasting Memory of the anguish of our ancestors. May those who die rest in peace. May those who return find their routes. May humanity never again perpetuate such injustices against humanity. We, the living vow to uphold this”.

It is the duty of every citizen to help eliminate this archaic and inhumane practice that has characterized our modern society in such despicable forms. Our children are the future of this nation. To usher them into the realms of slavery at the detriment of their alienable rights to freedom, education and opportunity is a betrayal of our nation’s founding principles. Let us therefore seize the opportunity today presents to commit to ending human-trafficking in Ghana forever, and secure the Freedom and Justice for all.

Be an ambassador today by reporting any sign of trafficking and slavery. Be vigilant. Slavery may be happening next door to you or even in your compound.