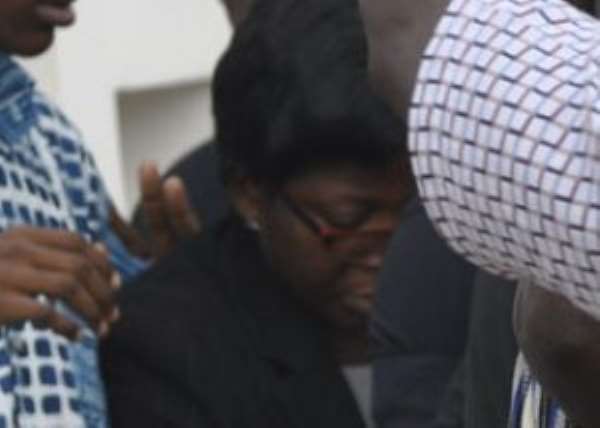 A Human Rights Division of the High Court has set the 16th of March to deliver its judgment in the case involving a former senior police officer DSP Gifty Tehoda.

The court presided over by Justice Gifty Adjei Addo set the date after it granted an application adopting proceedings during the time of dismissed high court Judge, Justice Kofi Essel Mensah.

The adoption subsequently paved way for the court to deliver its judgement.

Both parties in the suit had completed their sides of the case before the previous judge Kofi Essel Mensah, was dismissed as a result of his involvement in the Anas judicial corruption scandal documentary.

The case involving DSP Tehoda began on September 27, 2011, when one Nana Ama Martins was arrested for possessing large parcels suspected to be cocaine which later turned into bicarbonate or baking soda.

DSP Tehoda was linked to the disappearance of the cocaine, and was interdicted and subsequently dismissed from the  Service.

She was then the Deputy Commander in charge of the Commercial Crimes Unit. Tehoda has sued the Ghana Police Service for wrongful dismissal, and is praying the court among other things, to compel the Service to reinstate her.