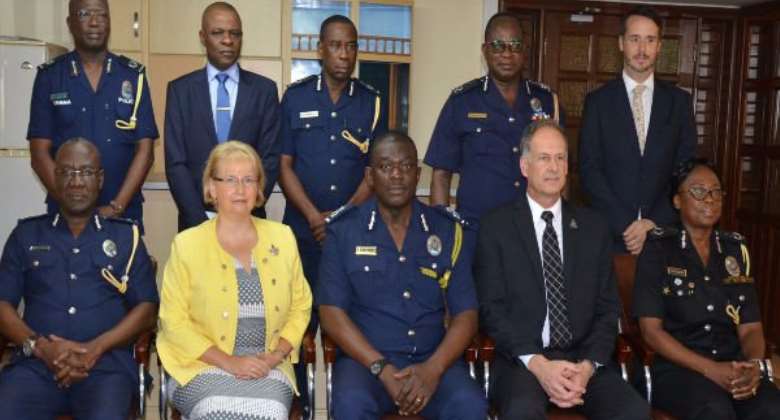 The Canadian High Commission has pledged to assist the Ghana Police Service to support the development of the Police.

This was after the Service and the Commission held a meeting to discuss matters of bilateral co-operation between them.

On an official visit to the Police Headquarters, the Canadian High Commissioner, Heather Cameron encouraged the Police Service to “just reach out to us if you have any needs”.

She revealed that the Canadian government has made a renewed commitment to peacekeeping in Africa, emphasising that “we will be happy to work with the Ghana Police."

The Acting Inspector General of Police (IGP), David Asante-Apeatu, on his part expressed his gratitude to the High Commission for its support to the Service over the years and assuring the officials of Police co-operation.

He solicited the support of the Canadian government in the area of capacity building for the personnel to enable the Service build a world class police institution capable of delivering a first class service.

Mr Asante-Apeatu also offered to put the services of the Police at the disposal of the High Commissions in the fight against trans-national crimes.

In attendance at the meeting were the members of the Police Management Board.