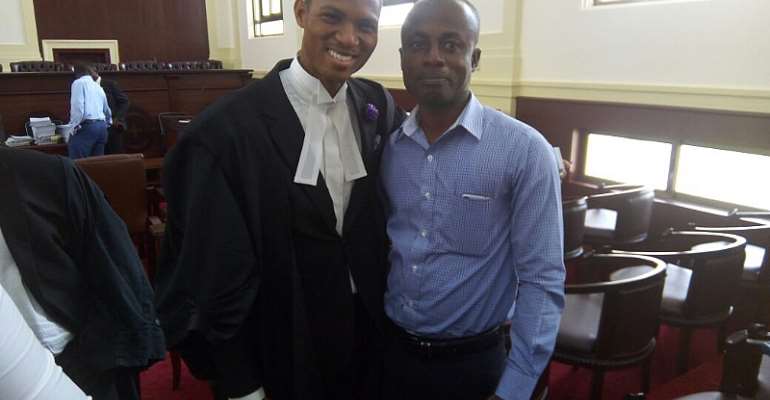 A teacher in the Northern Region, Eric Asante, who was jailed for fifteen years for allegedly defiling a 14-year old student in his class, has been acquitted and discharged by the Supreme Court.

This was after a DNA test carried out on the baby believed to have come about as a result of the supposed defilement, proved that he was not the biological father.

Eric Asante, who was granted bail by the Supreme Court in September 2015 based on good conduct after serving two-third of his jail-term, was found guilty on September 5, 2005, and sentenced to 15 years imprisonment with hard labour by the Tamale High Court, for defiling one Rubamatu Mohammed.

But the Supreme Court, ruling on an appeal he filed against his conviction, stated that the sentence of the teacher could not hold because there were a lot of inaccuracies in the evidence provided by the prosecution.

Mr. Asante, who had always maintained his innocence, filed an appeal at the Court of Appeal on October 6, 2006, but it was dismissed.

He then proceeded to the Supreme Court in 2012, where the court ordered for a DNA test to be conducted on the baby.

The court order was served and received on Rubamatu’s behalf by her aunts, Juliet Tinjina and Gladys Abokokpa, who were then taking care of Rubamatu’s child in Tamale.

Although the court gave them a period of eight-weeks within which the test should be conducted, the family refused to bring the child to Accra as ordered by the court.

Not even the intervention of the Northern Regional Police Commander persuaded them to act on the orders of the court.

Months after the order, the baby was finally brought to Accra for the test, with the results showing that the teacher was not the biological father of the baby.

The Supreme Court said Mr. Eric Asante would have to apply to the state for compensation. Renowned Humans Rights Lawyer, Francis Xavier Sosu, was the counsel for the teacher.