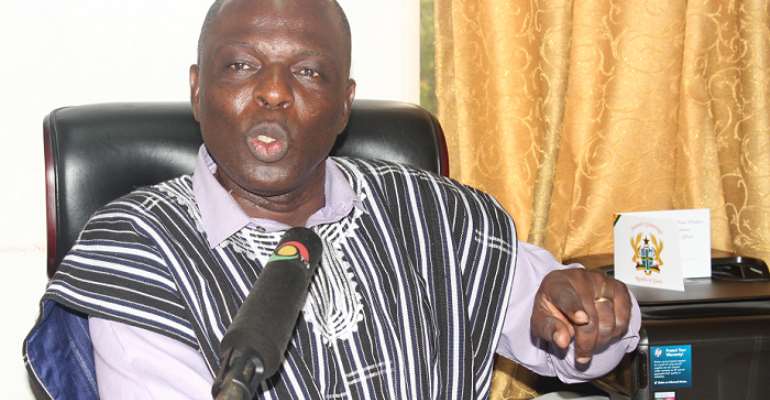 After many attempts to redeem the image of his outfit, the Director of Passports, Alexander Ntrakwa, has conceded that there are enormous cases of extortion, bribery and corruption at the passports office.

Many applicants in their desperation to acquire passports in the country, illegally pay huge sums of money to unauthorized facilitators, popularly known as 'Goro Boys', to by-pass the tedious bureaucratic processes in acquiring the national identification document.

But applicants have also accused passport officials of deliberately making the process cumbersome, a situation that compels applicants to pay bribes.

Mr. Alexander Ntrakwa, who assumed office as the Director in August 2014, said he was once threatened by a 'goro boy' who said his only means of survival that takes care of his family was that business.

“[Goro boys phenomenon] has been so over the years and they don't see any reason why somebody will come and rock the boat. When I came here, some of them were so confident to come and tell me that this is the business that they have done to take care of their children through University education so why have I come to destabilize them. That is why we have the hue and cry about the passports office.”

He noted that, the credibility of the passports office can only be redeemed if the activities of 'goro boys' are stopped.

“That is what we have to fight to establish the credibility of Ghana's passports because we don't want the situation where you get to a border and they ask you many questions about how credible your passports is.. it is just because of the way they see people handling passports in Ghana and that is what some of us think we have to fight.”

Ghana in December 2016 launched an online passport application service, aimed at easing the mode of application of passports for Ghanaians while ensuring maximum security for applicants.

The introduction of the system was also to prevent the activities of ‘goro boys’ in the passport application process that often results in defrauding of innocent Ghanaians.

Ms Hanna S. Tetteh, the then Foreign Affairs Minister, said the service was inherent in the e-Government strategy.

“The e-Government strategy is targeted at ensuring the use of information technology to provide citizens with efficient passport services through a secure, fast and convenient means…it is aimed at addressing the existing difficulties that bedevilled passport acquisition in Ghana”.