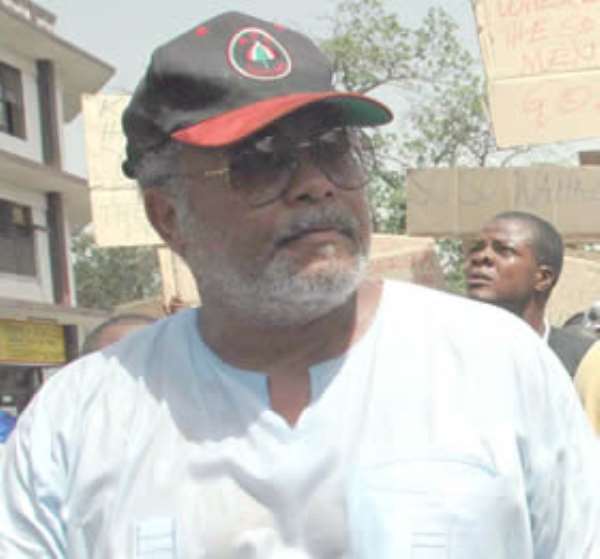 Deputy Interior Minister, Captain (rtd) Nkrabeah Effah Dartey, has been commenting about the former President latest escapades and says Mr. Rawlings should be made to face the law court.

According to him, the actions of the former President should not go unpunished, especially as he persists in defaming President Kufuor on various radio stations.

The Deputy Minister was speaking at a workshop in Accra today for security agencies on Good Governance.

“Well I think that some of his statements are highly libelous and defamatory and I think personally that the law should deal with him because he is running wild and he must be brought to book.,” he said.

Explaining why he chose to bring up the issue of the President at the forum, Capt. Effah Dartey told Joy News that the attitude of Flt Lt Rawlings needs to be chastised to drum home the point that no one is above the law.

“As a former president he must be an embodiment of decency and decorum, his choice of words should be highly diplomatic because he is supposed to be an elder statesman and the an embodiment of all that is good in our society and having once occupied the highest office of state but all these that I have mentioned that is not all what Rawlings is doing ……” he said.