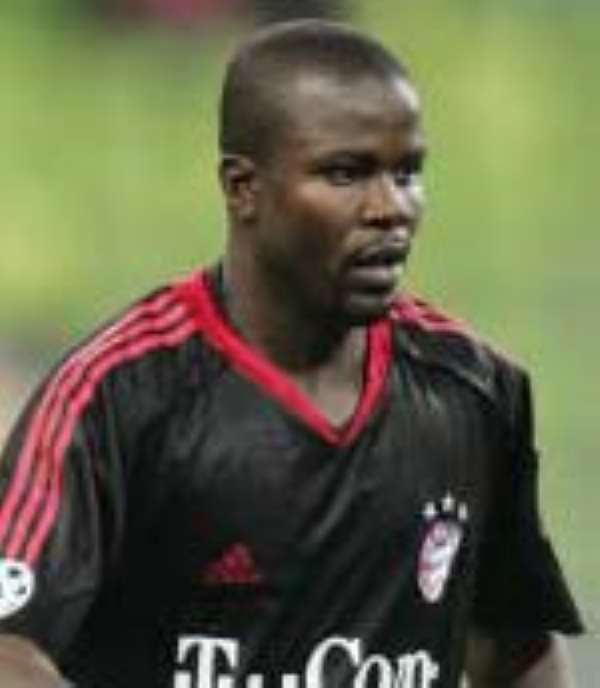 THE CONSULTANT, Mr. Dieter Felder to the Deputy Skipper of the national team, the Black Stars, Mr. Samuel Osei-Kuffour, was last Friday hauled before Tema High Court for defamation of character.

The court president over by His Lordship Justice E.K Mensah granted him bail at the sum of ¢700m with one surety to be justified and the passport of the defendant was also seized.

The plaintiff, Mr. Kwabena Gyimah, the Managing Director of International Recycling Company Limited, a company co-owned by Samuel Osei-Kuffour, is praying the court to restrain the plaintiff from making further derogatory and malicious statements about him.

Claming various costs of damages, Mr. Gyimah in his statement of claim to the court, said he had abandoned his lucrative haulage and logistics business in Germany to take up an employment as the Managing Director of the Company and that it was rather unfortunate that his name has been exposed to public ridicule.

He said the present situation arising from what he termed as "malicious and false" publication, has led to his penury and stress.

He told that court that as part of his business of the company, he purchased scrap vessels named MV NATHAN from Enyidado Company Limited at the cost of US$450,000 of which Mr. Osei-Kuffour, the shareholder had refused to remit based on the allegations of the defendant that he has swindled the company's money by inflating the price of the scrap vessels.

According to him, the consultant had told the other directors of the company that the vessel was bought at the cost of US$180,000 but not US$450,000 suggesting that he had made away with heavy sum of money.

He said, the Consultant, has accused him of not only inflating the price but also swindling and hence the refusal of the share holders to remit them which virtually resulted in the debtors taking court action against them.

"I have seriously been injured in his character, credit and reputation brought into public scandal, odium and contempt.", the plaintiff said.

In the statement of claim, the plaintiff, a shareholder and the director of the International Recycling Company, explained that on December 15th 2004, at a meeting in the house of Mr. Osei-Kuffour which was attended by one Mr. Moses and one Kwame, the allegations of swindling his partners were refuted, adding that those who were said to have conspired to accuse him of swindling the company's money confessed and asserted that it was a hatchet plan by the defendants to tarnish the image of the plaintiff.

He noted that the plans of the conspirators was to remove him from office to pave way for Mr. Osei-Kuffour and his colleagues to take over the company.

The plaintiff contended that the defendant, a German wrote a letter in his language to the other shareholders without recourse to him, suggesting that he (Gyimah) was a 'shady and dubious character as a businessman as well as a thief who was unfit to retain the said occupation and employment and should be removed therefrom."

Mr. Gyimah in his statement denied the defamatory words and prayed the court for various damages.