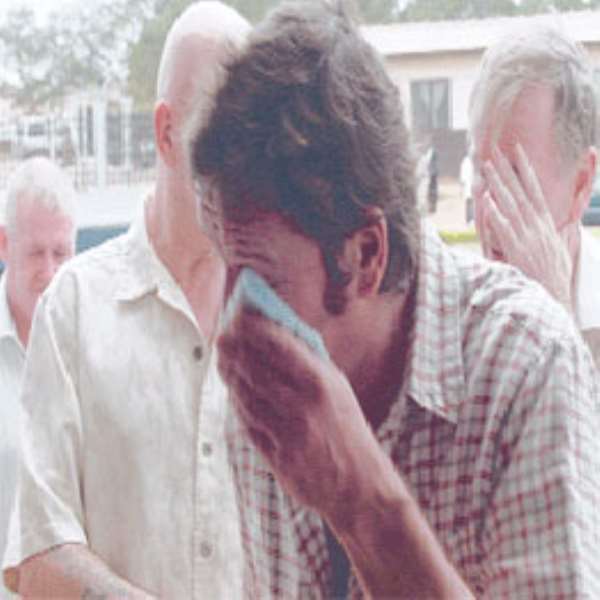 Accra, March 11, GNA - Craig Alexander Pinnick, a British national who escaped during the arrest of six persons in the 588.33-kilogramme drug case, was on Friday brought to the Fast Track High Court in Accra. Pinnick pleaded not guilty to conspiracy, importation of narcotic drugs without licence and possessing narcotic drugs without lawful authority.

The Court remanded him into Police custody to reappear on April 11.

On October 27, last year, an Accra High Court handed down 20-year jail term to each of six persons involved in the case after finding them guilty.

Pinnick escaped arrest but on July 9, 2004 he was arrested by INTERPOL, Burkina Faso, and handed over to INTERPOL, Ghana. The case as presented by Mr Asiamah Sampong, a Principal State Attorney, was that on December 31, 2003 Pinnick arrived at Prampram beach on board a boat loaded with 22 bales of substance suspected to be narcotic drug.

In his company were Sven Leonard Herb and other accomplices. Gorman and Kamil met Pinnick and Herb at the beach.

The Prosecution said the bales of substance were concealed and taken to the house of Gorman for safekeeping.

On January 2004, based on a tip-off, a combined team of the Narcotic Control Board and Drug Law Enforcement Unit of the Ghana Police Service conducted a search at Gorman's house.

The search revealed that the bales containing the suspected substance were concealed in a specially constructed hole in a wall behind a dressing mirror in the house of Gorman.

The Prosecution said the 22 bales of the suspected substance were forwarded to the Ghana Standards Board for analytical examination and the report indicated that the substance was cocaine.

Police gun down two suspected armed robbers in gun battle at...
23 minutes ago