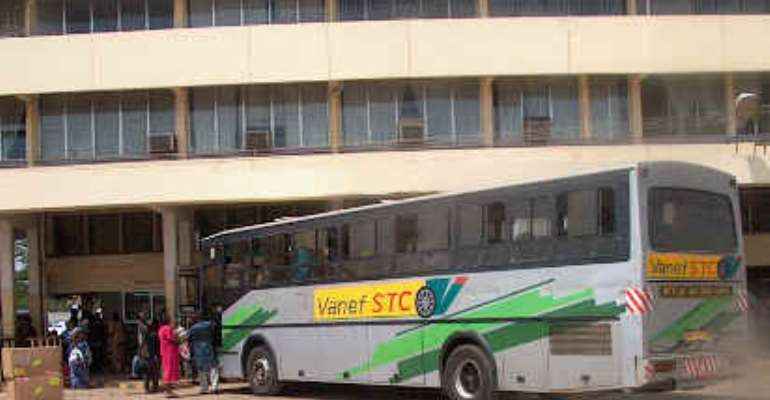 Highway robbers have been attacking a number of cars in transit to and from the Northern region over the last couple of month.

The latest was a Tamale-bound STC bus was ambushed and its passengers robbed at gunpoint of valuables running into several million of cedis.

The Northern Sector bound State Transport company bus has between January and this month been attacked in three highway robbery.

The third incident took place in the earlier hours of Wednesday when robbers attacked passengers of some 15 vehicles including the STC bus at Jeiman in the Brong Ahafo Region.

They made away with valuables; cell phones, wristwatches and physical cash amount to millions of cedis.

The STC Bus driver Omar Yusif Amati said around 5pm when the bus went for pre-checks in Kumasi and after the checks they took off and reach Jeiman around 2am, and saw a parked pick up and some firewood had been used to make a barricade, so I thought it was an accident but I saw a benz bus ahead which was also packed. He said when he got there the robbers used a torchlight to signal him to stop.

One of the passengers onboard the bus said “ they put the knife on me and asked for my cell phone and money and I said that I don't have cell phone but money, so they took the money but still threatened him to bring out his cell phone because they don't believe that he has no cell phone”

Venting their anger on the driver and blaming him for picking some three passengers at an undesignated stop, the passengers suspected that those picked by the driver were accomplices of the robbers.

According to them they saw the alleged accomplices receiving what they described as odd calls and refused to talk back but hummed ostensibly conniving with the armed robbers.

Two of the three alighted some distance away from the scene of the incident. The passengers said while the armed robbers were confiscating their cell phones, that of the accomplice was not taken making them to suspect him

This has generated some indignation among the passengers towards the STC and complained bitterly especially about picking passengers on the way and delay in taking off.

The irony of the situation is that this incident happened while all the regional police commanders are having a meeting to fashion out a strategy to curb the spate of armed robbery in the country.

Police gun down two suspected armed robbers in gun battle at...
27 minutes ago