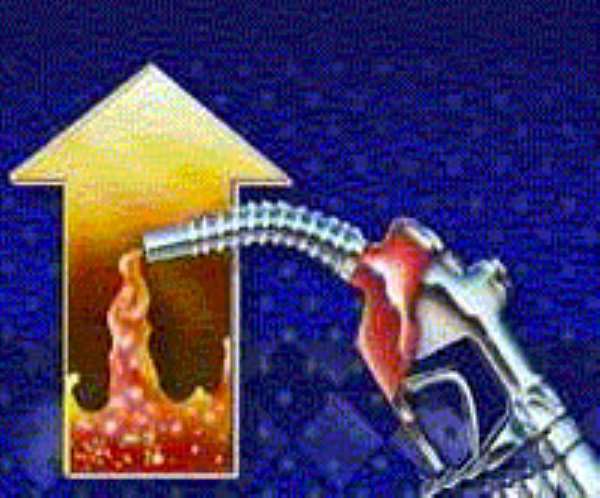 The initial reaction to the recent increases in the price of petroleum products seems to be muffled, as Ghanaians appear to accept the increases as a necessary evil.

However, as the effects of the new prices begin to bite a lot of people are now coming to terms with the harsh realities.

Some city dwellers have been telling Joy news about their personal experiences how the new petroleum prices have affected their lifestyles.

They may not spill out onto the streets to join demonstrations but a good number of Ghanaians especially city dwellers are feeling the pinch of the recent price increases.

Most car owners felt the first impact of the price increases on their fuel gauge as it continues to hover around the quarter mark.

Three young executives working at an insurance company who spoke of their experiences to Joy News at the fuel filling stations.

“Previously I used to fill my tank and the reserve tank to the tune of between two hundred and two hundred and fifty thousand cedis but with the fuel price increases I ask them to fill tank to ¢280,000.”

“ Now I only buy two gallons everyday because I use a BM and it gets finished depending on the number of places I visit”, another worker said.

I filled my tank to the tune of ¢350,000 but now even when buy ¢500,000 it is not even up to a full tank, so I just don't know if they have adjusted the system at the gas filling stations.” One worker lamented

Now some car owners say they have to think twice when it comes to taking decisions that will impact on their fuel consumption.

“ You know you have a car and you are a young lady and you would want to make some rounds without any problems but now before you move your car, you have to think twice.” One interviewee said

It is not only fuel consumption that has been affected. Their social lives too including the frivolous expenses.

“ Now your expenses are bloated, you can't certain things that you used to do like buy credit or units or pizza for your girlfriend and some other things.

“I used to put my AC on but with the fuel increases I don't put it on.” another interviewee said.

Ghanaians are known for their prowess in managing on the leanest of incomes, but this time their powers seem to be overstretched.

They say the streamlining of budgets has become inevitable. Not even their religious obligations will be spared.

Sunyani: Sex workers beat man to death for refusing to pay a...
34 minutes ago

W/R: Woman in final month of pregnancy go missing at Takorad...
37 minutes ago