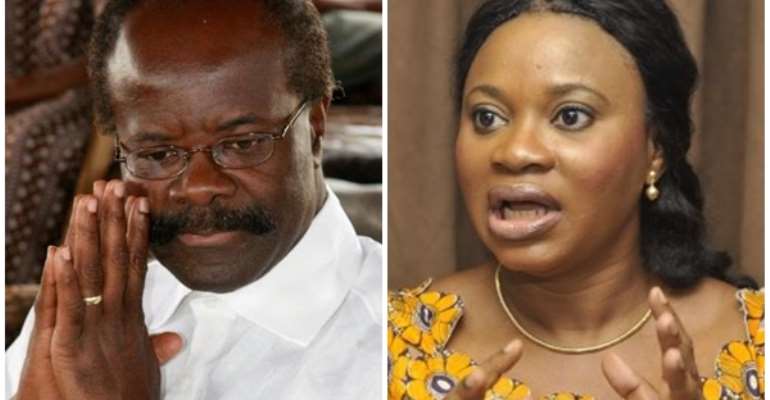 The Progressive People's Party (PPP), led by entrepreneur Dr. Papa Kwesi Nduom as the presidential nominee for the 2016 polls, has sued the Electoral Commission [EC]and government through the Attorney-General, over the fees set by the Commission for presidential and parliamentary hopefuls.

The defendants have eight days from today [Monday] September 19, to respond to the suit.

The plaintiff is among other things, seeking a declaration that “the filing fees is arbitrary, capricious and unreasonable”.

It is also seeking a declaration that Regulation 45 of C.I. 94 is discriminatory, arbitrary, capricious and unreasonable.

“That the entire C.I. 94 does not contain the appropriate relevant provisions that meet the intendment of Article 296 of the 1992 Constitution.”

“A declaration that the proper instrument within the meaning of the relevant laws of the Republic of Ghana, in charging a deposit or fees for conducting a presidential or parliamentary election, by the Electoral Commission, is a statutory instrument and not constitutional instrument.”

“An order directed at the defendants to desist from collecting and or receiving the said deposit or fees for the conduct of the 2016 presidential and parliamentary elections until the appropriate statutory instruments have been passed in accordance with appropriate legal rights.”

Aspirants pick nomination forms
Meanwhile some presidential aspirants have already picked the nomination forms from the EC, and will be expected to return the forms with the money.

The incumbent National Democratic Congress (NDC) is of the view that, the amount is acceptable, whereas the New Patriotic Party (NPP) and the Convention People’s Party (CPP), believe it is not in the interest of smaller parties who desire to contribute to the country's democratic process.

EC to consider review of filing fee
The PPP's action comes few days after the Electoral Commission said it will soon meet to consider whether or not to review amounts .

Some of the parties including the New Patriotic Party (NPP) have expressed reservations about the amount, saying it would only limit the electioneering process to a privileged few.

Speaking to Citi News earlier, the Head of Communications at the EC, Eric Dzakpasu, said the commission will meet to deliberate on the way forward.

Amount to be refunded if… – EC
Mr. Dzakpasu explained that, the amount they fixed was done in accordance with the law, and as such, the monies will be deposited in the Consolidated Fund if the presidential and parliamentary candidates fail to garner 25% and 12.5% votes respectively, during the December general elections.

Financial Analyst, Sydney Casley Hayford, has watered down suggestions that filing fees being charged by the Electoral Commission is expensive.

Mahama becoming President again is one of the greatest calam...
14 minutes ago

What Shatta Wale did was childish and stupid — Nii Ayitey An...
22 minutes ago