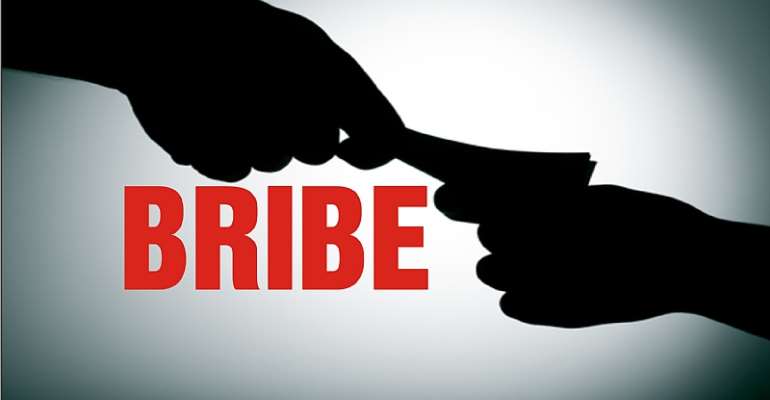 Since independence Ghana had chosen the democratic path and even though this has been rudely interrupted by the military on several occasions, the country continues to strive to achieve democracy it professes to admire as against other political systems. Democracy is defined as “a system of Government in which all the people of a country can vote to elect their representatives to make laws and take decisions on their behalf”. The key to true democracy is therefore the ability to elect representatives through free, fair and transparent elections and if the process is badly tainted or trampled upon with impunity, then democracy losses its meaning.  The people who are elected must also be people with integrity and substance and not sycophants, thieves, “babies with sharp teeth” etc. to make democracy more beneficial to the people who elected them. Therefore elections that are conducted with money and gifts (bribes) to convince voters to vote contrary to their conscience, or the results that are manipulated to make undeserving candidates victorious, defeats the purpose of democracy.

The lessons learnt from the developed world indicate that the fear of losing an election has been the key that guarantees good governance because elections serve as a barometer to measure government's performance by the governed and consequently programmes, manifestos, major issues facing the nation become the basis of the political contest.  Elections are hardly “purchased” and offering of gifts (bribes) hardly takes place in developed countries because the people are enlightened and elections' main objective has always been to give the governed the opportunity to evaluate the performance of their Governments.  To this end, elections are treated with reverence, strict adherence to stringent rules and regulations to make them credible and to obtain the desired results, elections are run by institutions with high level of integrity which makes it difficult for contesting parties to subvert the process.  It does not mean they do not have challenges but when they appear, they are dealt with seriously and those found culpable are jailed to serve as a deterrent.  In fact, if what happened in 2012 elections had taken place in any European country, returning and presiding officers would have been in jail and Dr. Afari Gyan would not have been enjoying his pension garnished with a national award.

Unfortunately throughout the third world, Governments in diverse ways have subverted the process of elections thus giving democracy a bad name. The subversive activities include rigging, offering of gifts (bribes), payments of cash, blackmailing, murder and many other crude practices, all to win elections depending on the state of civility of that country.  In Ghana, all elections that have been held during the Fourth Republic namely 1992, 1996, 2000, 2004, 2008 and 2012 have all been tainted with some form of rigging, fraud or malpractices but sadly they have all been hailed by those who had won and the outside world as free and fair.

In 2012 however, the NPP had the guts to challenge the results of the election at the Supreme Court and lo and behold, all the praises that had been showered on the Electoral Commission came crushing down like broken crystal glass and Dr. Afari Gyan's image suffered a devastating blow.  His retirement was only dignified by an award given by a Government that benefited from his nefarious activities. Today as the country approaches the 2016 elections, Ghanaians are being hunted by the evils of the electoral fraud perpetrated in the 2012 elections and the current Electoral Commissioner is at the receiving end of the peoples' anger and frustrations. The trial at the Supreme Court clearly showed that the NDC Government did rig the 2012 elections.  Secondly, the Court established beyond reasonable doubt that the rigging could not have been done without the active participation of the staff and the Electoral Commissioner (THE REFREE) himself.  Thirdly, the rigging took many forms which included manipulation of figures, employment of electoral officers who were undercover agents of the NDC, gifts of many kinds etc.  The recent petitions at the Supreme Court are signals of peoples' frustrations and indications that the Commission has lost its credibility and I doubt whether we have seen the end of petitions at the Supreme Court before the 2016 elections.

The behaviour of the current Commissioner and her constant defence by the NDC have worsened the credibility issue but for this piece, let me concentrate on the issue of distribution of gifts purchased with the tax payers' money which is the subject of this piece. Distribution of gifts which are bribes during elections is a phenomenon which does occur in many countries especially the third world and it's needless to emphasise that gifts blind the wise and pervert the words of the righteous. The sad thing in Ghana is that whilst the people wallow in poverty, expensive gifts are purchased with the tax payers' money to undermine the conscience of some Ghanaians to woo them to vote for the NDC. This practice has gone on for some time but has shamelessly seen an upsurge in recent times in the full glare of television cameras and the media. The gifts (bribes) have expensively graduated from ''bentua''(enema syringes) and ''kuruwaba'' (chamber pots) in the past to Cash gifts in dollars, Toyota Land Cruisers, expensive mansions, outboard motors, aluminium pans, gas cylinders, match boxes filled with GH¢50 or GH¢100, wax prints and many others.

From OXFAM (US) report “rebasing the economy in 2010 to capture new sectors such as oil, forestry and telecommunications, the country's gross domestic product (GDP) jumped by 60 per cent thereby attaining middle income status.  Ghana was commended highly by financial institutions like the World Bank in 2011 for its macro-economy management that saw inflation drop significantly from 18 to 8.7 per cent, and the fiscal deficit reduced to 4.3 per cent of the GDP.  The positive trends continued in the following year as oil, cocoa, and gold performed strongly – and pushed Ghana to be the world's fastest growing economy in 2011''.  From these positive economic indicators the Government's irresponsibility was demonstrated through high spending spree, some of which included unnecessary expenditures during 2012 elections such as purchases of Land Cruisers, mansions and others as gifts to buy votes and after the elections Ghana was “faced with budget deficit of 12 per cent of GDP and growth decelerated, public debt rose, and was all made worse by a national energy crisis.''

Since then our economic situation has “transformed” to the worst situation today but the Government does not seem to CARE and has once again embarked upon the same journey of gifts distribution to buy votes and as usual we are all quiet.  At the end of the elections where are we going to find money to buy gas and crude oil to run generators and “dumsor” will automatically return?  Ghanaians should be asking themselves where the huge sums of money being used to buy these expensive gifts are coming from.   Who authorises them and who determines the beneficiaries?  Are these monies not part of the huge loans the Government has contracted supposedly for infrastructure development?  As he tours the length and breadth of the country at the expense of the tax payer “accounting to the people” and telling the whole world his Government has performed better than any of his predecessors, why should the President be sharing gifts?

“The whole idea of a democracy is that we ourselves, the people, are supposed to make a path of our politics, and it is we who with our feet and our vote and our labours and our vigilance are supposed to shape our country'' – Eugene Jarecki.(An American film maker).  Unfortunately for Ghanaians, the NDC believes in what Dr Kwame Nkrumah said some time ago “Seek ye first the political kingdom, and all else shall be added unto you….”  The NDC does not care a hoot so long as they remain in power and they will do everything no matter how crude to achieve that objective and Ghanaians must resist all attempts.

In 2008 Mr. Asiedu Nketia said something about the NPP – I will remind him of what Alexei Navalny (Russian anti-corruption campaigner) said for NDC's information that “the party of swindlers and thieves is putting forward its chief swindler and its chief thief for the presidency. We must vote against him, struggle against him.”

Fellow Ghanaians we have to decide what kind of country we want to live in. If we want a winner takes all society as has already been amply demonstrated by the NDC, then vote for the NDC but if you want a country of shared opportunities, shared responsibilities and a bright future then you should vote for the NPP, Nana Addo Dankwa Akufo-Addo and Dr. Mahamudu Bawumia.

Hottest Photo Reports
Catch up with all the political quotes from our politicians.
Advertise here
More Opinion
ModernGhana Links
Ghana is not a political party and its citizens are not party members either
The police must release Shatta Wale immediately and apologise to him
Who benefits from the creation of the new block AUKUS?
Funny Face and Shatta Wale got it all wrong
Anglo Gold Ashanti: Provide answers to your opaque, shady deals
Problems facing people in the rural areas.
We Bono youths are solidly behind Dormaahene on his radical approach to the Anti-LGBTQI+ Bill
Hon. Ramadan a friend by action; A servant in deeds
Bawumia’s Leadership Style Make Him Delegate’s Choice
TOP STORIES