By Our Correspondent
South Africa 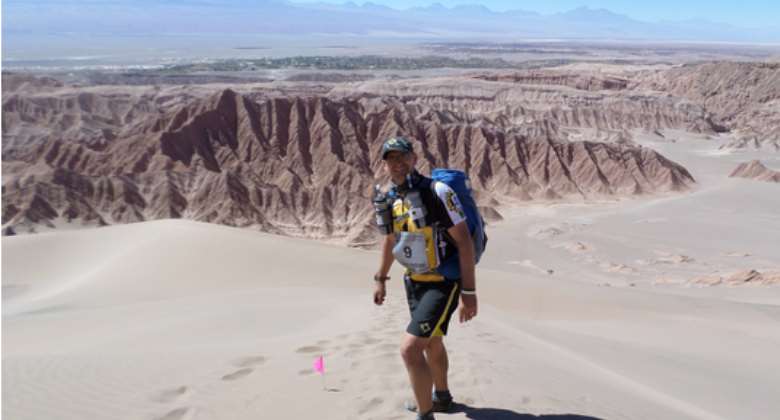 On September 25, 2016, David Barnard will take on the Grand to Grand Ultra in honour of the END Fund and the fight against neglected tropical diseases (NTDs) in Africa. By participating in this extreme multi-stage race, David has committed himself to raising awareness and funds to help the over 1.6 billion people worldwide whose lives are affected by NTDs.

The Grand to Grand Ultra is a six-stage, 273 km race held in vicinity of one of the Seven Natural Wonders of the World, the Grand Canyon, in the United States. David, a well-known South African tech and development activist and Africa Policy Advisory Board member of the ONE Campaign, is no stranger to extreme multi-stage races of this nature. He has already completed races in the Kalahari, Namib, Sahara, Gobi and Atacama deserts, as well as Antarctica. This will be his first race in North America and the fifth leg of his quest to complete a desert race on all seven continents.

“Running the Grand to Grand Ultra is more than just trying to finish another desert race. My participation in these races provides me with an opportunity to support causes and campaigns dedicated to development issues in Africa and making a difference in society,” David said. “For this adventure, my aim is to raise funds for the END Fund, promote its work, and contribute to increased public understanding of NTDs and their devastating impact, especially in Africa.”

Many parts of the world still reel from the health and socio-economic impacts that are caused by these diseases of neglect. Five of the most common NTDs, and ones the END Fund focuses on, include trachoma, river blindness, schistosomiasis, intestinal worms, and lymphatic filariasis. While they may not cause immediate deaths like more globally known diseases such as malaria or HIV, they leave long-lasting devastation like disabilities, stunt education and economic growth, and create other health problems that can lead to death.

As David embarks on his seven-day race at the end of this month, all funds raised will go towards END Fund initiatives in Africa.

# About the END Fund
The END Fund, founded in 2012, is a private philanthropic initiative to end the five most common NTDs. It advocates for innovative, integrated and cost-effective NTD programmes; facilitates strong partnerships with the private sector; and supports 20 national control programmes on the African continent.

The END Fund is poised to scale this work with additional investment.

About the Five Most Common NTDs in sub-Saharan Africa

Lymphatic filariasis (LF or elephantiasis) is a parasitic disease spread by mosquitoes that affects the lymph nodes and often causes enlargement of body parts, such as the limbs and genitals.

Onchocerciasis (river blindness) is a parasitic worm infection, transmitted through the bites of infected black flies, that causes massive damage to skin and eyes.

Schistosomiasis (bilharzia) is a parasitic disease carried by fresh water snails that can cause major damage to the urinary and digestive tracts.

Trachoma is a contagious bacterial eye infection that can lead to inflammation and the development of scar tissue on the eyes. It is the world’s leading cause of preventable blindness.