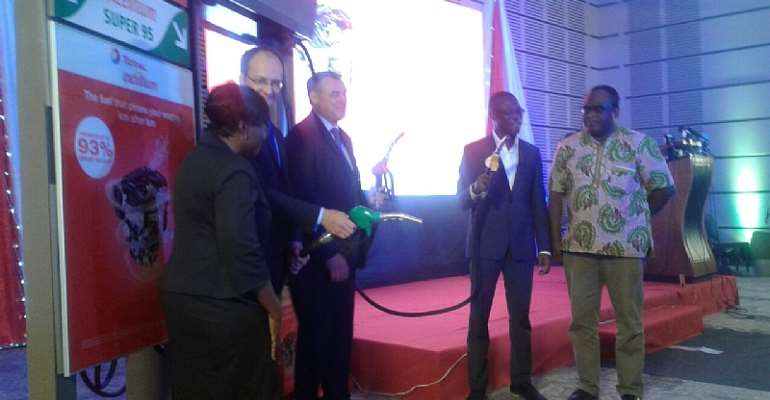 According to the company, the new TOTAL Excellium has undergone periodic checks and improved to serve as an engine cleaner.

“We are introducing the best of our technology to the Ghanaian market and this is a benefit to our customers. The Excellium is currently the best fuel available,” he said.

He stated that car manufacturers are making great efforts to improve their engines in terms of performance, efficiency, and cleanliness, hence TOTAL's move to produce efficient fuel.

“Therefore the fuel which is running these modern engines must also evolve since a clean engine enhances its performance. We have put in efforts to ensure that Excellium technology prevents fouling the accumulation of deposit in the engines, which affects its overall performance,” he said.

He announced that a team of researchers around the world went through over 500 laboratory analysis and testing to validate the product.

“The Excellium technology is quite complex; it is composed of a number of additives like detergent, anti-oxidant and so on. Its efficiency has been proven abroad, particularly Europe,” he said.

Mr. Van-Parys stated that Total Group has decided to introduce the technology in  after it was also introduced in some African countries some few weeks ago.