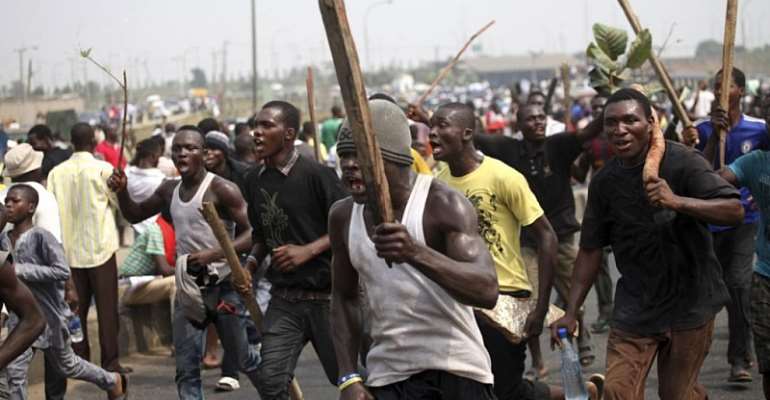 LAGOS—No fewer than three persons lost their lives in a clash between Hausa and Fulani traders in Abbatoir, Agege area of Lagos, yesterday, while several others were injured.

However, Lagos State Police Command said only one person died. Property were also destroyed in the clash that disrupted business activities at the popular cow market. There are different accounts of what cause the clash. A version alleged that the Fulani stormed Oworose Hotel along the railway line, two days earlier and beat up some commercial sex workers and their male customers, majority of who were Hausa. They were also alleged to have dispossessed their victims of their valuables.

Invasions
Another version attributed the clash to the battering of a Hausa girl by a Fulani man, which was said to have been reported to the Seriki Fulani, one Bello Damopaba, but he was accused of not taking any action. Irked by his alleged silence, some persons suspected to be Hausa, it was gathered, stormed the traditional ruler's palace, Tuesday night, and destroyed property, among which were three vehicles belonging to him, his deputy and the secretary. Vanguard gathered that yesterday's fight was a reprisal on the Hausa over the destruction at the Seriki's palace.

When Vanguard visited the abattoir at about 2p.m. yesterday, the Hausa traders were just settling down for business, with police vans and those of the OP MESA stationed at strategic positions.

Eyewitness account
One of the traders, who gave his name as Garba, said: “We were just settling down for business at 7a.m. when we saw over 500 Fulani with their sticks, marching towards our end and hitting everybody in sight. “The Hausa repelled the attack and hacked their leader. They quickly carried their dying leader and took to their heels. But they were surrounded by other Hausa, who were at the other end. “When they saw that there was no place for escape, they ran inside the main complex, that is, the slaughter side. From there they started shooting their arrows indiscriminately.

“One of our men was hit on the neck, while another had his neck slashed with a knife at Kara Junction. “These Fulani are robbers, who usually attack people coming to buy cows. They are not traders. They were sleeping in the market until the demolition, which made it impossible for them to find a roof over their heads. “They attacked the hotel because there was no hiding place for them to run to after attacking customers.”

Spokesperson for the Lagos State Police Command, Dolapo Badmus, however, said that the command was able to quell what would have been a serious crisis between Hausa and Fulani in the area.