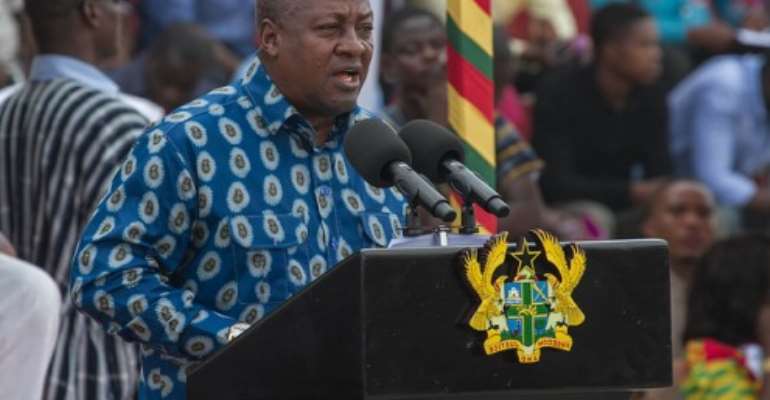 President John Mahama has refuted assertions that Ghana is economically lagging behind the Ivory Coast.

According to him, the UN Human Development Index puts Ghana second to only Cape Verde in access to portable water, and other human indicators used to measure progress in the West African sub-region.

Citing more indexes to defend his stand, President Mahama maintained that Ghana's economy cannot lag behind the Ivory Coast when it is estimated to be the second largest in the sub-region.

Reacting to the relative stability of the Ivorian electric power situation compared to the erratic power situation of Ghana, President Mahama stated that every country has gone through such situations in the past, hence the development is not new.

“Ivory Coast has gone through its own period when they didn't have light. We've had to exchange power at times when they don't have power. We have given them at times. When don't have they give us, and so it's not something new,” he said.

He pointed out that the most important thing is how government has worked to fix the power situation.

“Our economy has grown very fast that demand for power has ballooned and we have not been consistent in putting in enough generation to meet demand,” he said.

The president stated that the Akosombo Dam which used to support the entire nation as well as exported power to the Ivory Coast and Togo in the past could no longer feed the nation as demand increased.

“I normally don't want to place blame, I took responsibility to fix it and I do believe that we are going into an energy security where we will suffer no light out,” he assured.

He was optimistic  that with the coming onboard of the Tweneboa Enyenra Ntomme (TEN) project which will add seventy million cubic feet of gas to the national grid, Ghana's energy security will be further entrenched.