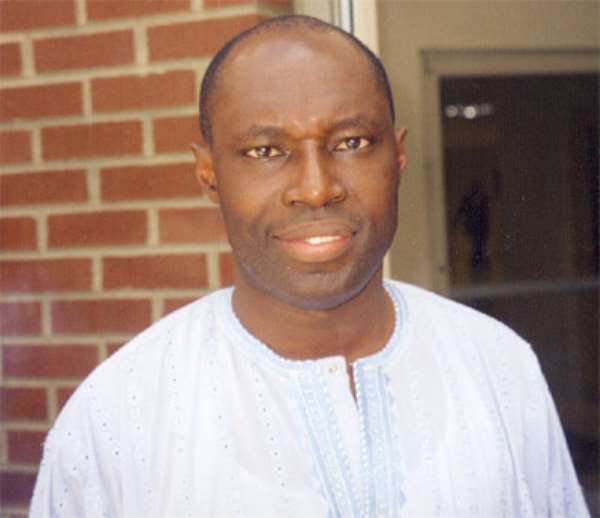 The Royal Institute of International Affairs, the prestigious London based think –thank will on January 26, 2005 host the premiere of Yaa Asantewaa, The Heroism of an African Queen, an epic TV documentary at its Chatham House, St. James's Square.
The event, in collaboration with The Royal African Society of London will have as special guest Ghana's High Commissioner to the United Kingdom, His Excellency Isaac Osei and chair by the distinguished broadcast and journalist (former anchor of BBC Channel 4 News and now co-presenter of BBC programme The Week), Zeinab Badawi.
The 75 minutes internationally acclaimed documentary was written and produced by the Ghanaian author and diplomat, Mr. Ivor Agyeman-Duah. For the first time, this gives visual details of the exile of Asantehene Nana Prempeh I and family to Cape Coast and then Freetown, Sierra Leone, before history's nick-named location of “Prison Without Bars” that is, the Seychelles Islands ( in the Indian Ocean) by British colonial authorities.
With an unhappy ending in a war described by historians as Yaa Asantewaa War of 1900 or The Asante War of Liberation, Yaa Asantewaa's betrayal, arrest and exile is one of the most famous stories of colony and empire building as the British sought global dominance through conquests and arrest of colony leaders in Asante, kings from Uganda, Cyprus and the Maldives in the late 1800s. Produced three years ago, it was first premiered under the sponsorship of the Public Affairs Department of the United States Embassy in Accra and the upcoming one is to out-door the DVD and VHS production by Global Media Alliance of South Africa.
If the story in the 1800s was full of intrigue and betrayal, Mr. Agyeman-Duah told Kwaku Sakyi Addo, BBC correspondent in Accra and other TV networks then, history has respect for his protagonist today. “ Yaa Asantewaa is compared often to Joan of Arc but in Africa historiography, she is more then that. In 1999, listeners of BBC Africa service nominated her as one of the greatest Africans of the last century and readers of New African magazine voted her as the number six on the list of 100 greatest Africans of all times.”
With great footage from Seychelles where he interviewed living descendants of King Prempeh and that country's Foreign Minister, we also see Asantehene Otumfuo Osei Tutu II, Ghana's foremost historian, Prof. Adu Boahen, great anthropologist the Catholic Metropolitan Archbishop of Kumasi Peter Akwasi Sarpong, reflecting on history and gender in this documentary.
The story's biggest effect in the producer's view is not its adoption by some universities in America for African studies programmes or the Panafest Foundation but the planned exchange of visits by the Asantehene to the islands and his great descendants to Kumasi.
But to the Africa Head at The Royal Institute of International Affairs, Mr. Alex Vines, it is been hosted at Chatham House because, “ Yaa Asantewaa is an iconic figure much discussed in gender development and cultural studies and is one of the distinguished Africans in history.” Vines, who was a Research Fellow at Oxford thinks the story is important in another sense: “ the Asante-British war is known outside Ghana as the war of the Golden Stool and the Queen of Ejisu was the principal inspiration. The premiere is important to us since for the first time, we get the details right.”
Supporting The Institute in this event are the Global Media Alliance (whose Co-Founder Edward Boateng also advisor to the CNN International has intimated to enter the documentary in international competition) and James Curry Publishers which recently published a British Academy sponsored letters of the exile of Prempeh edited by Professors Ivor Wilks, Adu Boahen and Emmanuel Akeampong of Harvard University.