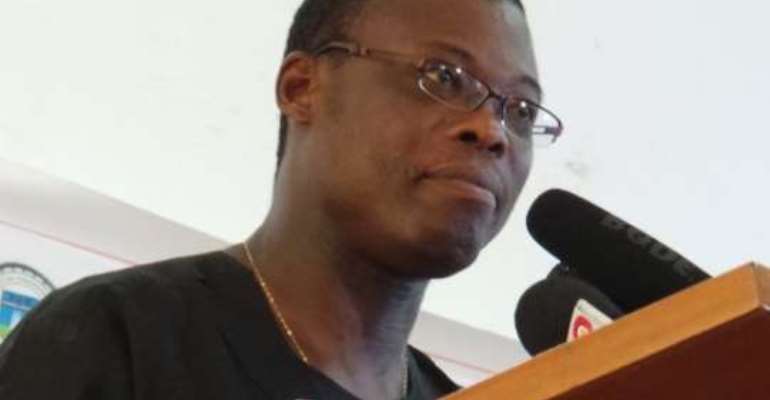 By Morkporkpor Anku, GNA
Accra, June 12, GNA - The Government has expressed its commitment towards the continuous development of the Regional Maritime University (RMU) into a world class-specialised institution.

Mr Fifi Kwetey, the Minister for Transport, speaking at the 17th Board of Governors Meeting of the RMU in Accra said: 'We have no doubt that the other members are also equally committed to this cause as exemplified in their active participation and their contribution.'

The annual meeting is held to discuss the challenges, problems and solutions as to how best to transform the University into a world class institution.

The Minister, who is the new Board Chairman of the University, assured the members of Ghana's commitment to consolidate the good and hard efforts that were put in by his immediate predecessor.

He said the RMU continued to register significant successes in the development of its infrastructure, human resource and its academic programmes, thereby expanding its student enrollment.

Mr Kwetey said efforts to maintain RMU as the premier University and drive towards excellence had received enormous goodwill and support from many quarters.

He commended the governments of member countries and development partners for their continuous support, saying, 'We continue to witness significant progress in the projects of the University.

He also lauded the Vice Chancellor and his management team for their collaboration with industry and urged them to enter into more useful partnerships.

He said it was through such collaboration that the University could assess whether its curricula produced the requisite graduates for the industry.

Mr Mohammed A. Jalloh, the Deputy Minister of Transport and Aviation, Sierra Leone, said the University should constantly upgrade its academic programmes.

He said this would ensure that the University continued to adequately meet the technological demands of students.

'Lecturers should also undergo upgrading, whilst students are encouraged to evaluate the performance of lecturers more strictly.

He also called on the management of the University to network with more Universities beyond the African continent.

The RMU is an international institution, which attained full university status in 2007. It is located on the premises of the old Ghana Nautical College, which was established in 1958. Ghana, the Gambia, Sierra Leone, Liberia and Cameroon are its founding members.

The institution seeks to promote regional cooperation in the maritime industry through training programmes that would ensure the sustained growth of the industry.

It, therefore, offers diverse programmes leading to the award of Diplomas, Bachelor of Science and Post Graduate degrees. It also runs short courses and offers consultancy in maritime affairs.