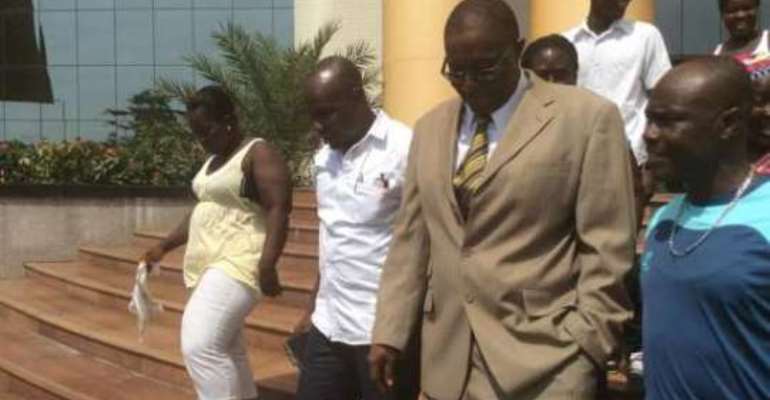 By Hafsa Obeng, GNA
Accra, June 7, GNA - Nii Armah Ashietey, Member of Parliament for the Klottey Korley constituency, has filed an application for judicial review of the Supreme Court's ruling stopping the hearing of his case at the High Court.

At the last sitting the Supreme Court ruled that an Accra High Court erred in law when it went ahead to interpret Article 94 (1) (a) in the case involving Dr Zanetor Agyeman Rawlings and Nii Ashietey.

The Court therefore ruled that the High Court stay proceedings before it and but granted the order of certiorari quashing the decision of the High Court which sought to interpret Article 94 (1) (a) of the 1992 Constitution.

Counsel for Nii Ashietey Mr Gary Nimako on Tuesday told the Supreme Court that they have filed a review application praying the court to review its 4/1 decision ruling gave on May 19, 2016.

The ruling, which followed an application filed by Dr Rawlings, challenging the capacity of the High Court judge hearing the matter, stated that Justice Kwaku T. Ackah Boafo, erred by giving himself powers beyond what is due him, as he tried interpreting the constitution in his ruling on March 22.

But Dr Zenator's lawyer, Mr Godwin Tamakloe was opposed to the review application saying the application was filed four clear days after the two weeks given to both parties to file their submission for hearing to commence on the interpretation on June 2.

He, however, told the court that they would be able to file their response in four days.

Both parties later agreed to proceed with the case on June 15.

The five member Supreme Court panel then indicated that once the review has been filed the panel would have to be reconstituted since a panel less than seven cannot sit on the review.

It later adjourned the case awaiting further advice from the Chief Justice.

Nii Ashietey who lost to Dr Rawlings last year had gone to court challenging his defeat in the November 11, 2015, primaries citing some constitutional breaches.

According to Nii Ashietey, Dr Rawlings did not qualify to be elected as the parliamentary nominee since at the time of the contest she was not a registered voter.

This, he said, was a serious constitutional breach.