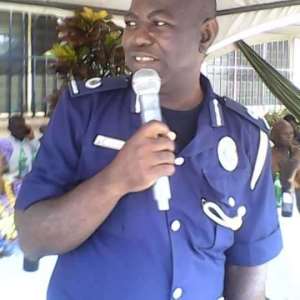 Adentan (GAR), June 4, GNA - Assistant Commissioner of Police (ACP) Timothy Bonga Yoosa, Greater Accra, Regional Commander, has called on the service personnel to hold their uniform in high regard as they demonstrate professionalism and integrity in their mandated affairs.

He said: 'It is an election year, a year of challenges and more is expected of us.'

Speaking at their annual West African Security Services Association (WASSA) get-together held over the weekend, ACP Yoosa said the Adentan Divisional Command is a new creation of the Police Service of the Region.

He said in spite of the challenges being faced by the Command, they have performed creditably well.

ACP Yoosa reminded the service personnel that 2016 is an election year 'and we all need to be prepared and work extra hard to ensure that the peace in the society is maintained'.

He said in times like these, what is needed is commitment, and the passion to serve the nation.

ACP Yoosa said soon political campaigns would intensify and called on all service personnel to be vigilant as they perform their duties.

Commissioner of Police Kwesi Nkansah (Rtd), the Chairman of the occasion, said the WASSA annual get-together started in the colonial era.

He said WASSA was held annually to climax the activities of the Police service and create an opportunity for service personnel to interact with the public.

Commissioner Nkansah urged the service personnel to use the opportunity to cultivate useful relationships with members of the communities in which they serve.

The festive occasion, held amidst dancing to the tunes from the Police band, witnessed the attendance of a number of political dignitaries, service commanders and the public.