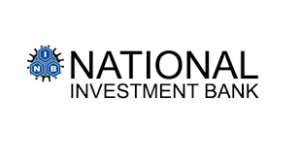 The bank recommended the payment of GHâ‚µ0.06 per share as dividend to shareholders; a 20 per cent increase in 2014 to strengthen its balance sheet and meet the Bank of Ghana's minimum capital requirement.

Speaking at the bank's 47th Annual General Meeting in Accra, Togbe Afede said total assets of the banking sector grew by 23.2 per cent to GHâ‚µ 63.38 billion as at the end of December 2015 compared with the 42.2 per cent growth recorded in 2014.

Togbe Afede said domestic assets component of total assets increased by 24.3 per cent to GHâ‚µ58.07 billion at the end of December 2015 compared with the 39.9 per cent growth recorded in 2014.

Togbe Afede said the economy experienced a marginal recovery though lower than expected in 2015 due to deteriorating commodity prices of gold and oil, energy supply shortfalls, exchange rate volatility and inadequate access to credit and markets.

He said the cedi, following the issuance of Eurobond and cocoa syndicated loans, enjoyed some stability losing 18 per cent of its value against the dollar in 2015.

He said the bank, as part of its corporate social responsibility, supported the National Disaster Management Organisation with relief items to victims of the June 3 flood and fire disaster, supported the National Youth Authority's plantain project at Mampong as well as the Ghana Armed Forces and the Retired Footballers Association.

Togbe Afede said the bank had opened 11 new branches in 2015 and would continue to pursue a strategic plan to expand its service delivery network to increase market share and maximise shareholder values as well as build the capacity of staff.

He said the First Ghana Savings and Loans Limited (FGSL), a subsidiary equity stake, stood at 98.98 per cent and that the FGSL recorded after tax profit of GHâ‚µ0.62 million in the year under review compared to a loss of GHâ‚µ 3.18 million in 2014.

Let's Avoid Second Wave Of COVID-19 By Following All Protoco...
5 minutes ago