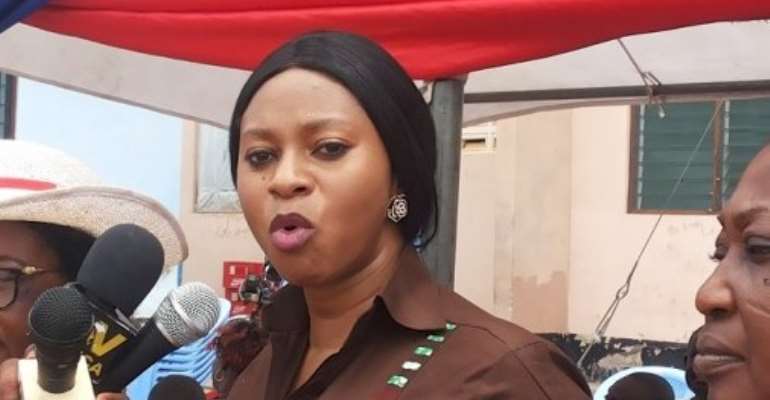 The Member of Parliament for the Dome-Kwabenya Constituency, Adwoa Sarfo, has warned of a possible class action suit against government and GOIL if steps are not taken to provide adequate compensation package for the survivors and bereaved families of the June 3 fire and flood disaster.

According to her, it is only proper that the survivors and families of the are given substantial compensation for their losses brought on by the disaster that claimed over 150 lives.

Her comments were in response to concerns raised on the floor of Parliament as to whether the GHc 10,000 compensation package offered victims and families of the bereaved was adequate.

Government should not take victims for granted

Speaking to Citi News, the Dome Kwabenya MP advised government not to take the victims of the disaster for granted noting that, “It was a company that was running that fuel station. If the victims come together and see a lawyer to file a class action suit, the damages that they would have to pay will be overwhelming so we shouldn't take their rights for granted…”

According to her, it would be prudent for government to compensate the victims adequately in order to avoid any legal tussle.

“If you weigh the two, it is better for government to sit down and plan something small for them because what these people are requesting is not any huge amount but a token, something to show courtesy that we share in their sorrow… But if government sits back and say they don't care or they can’t be bothered, we should be careful. They can come together and file a class action against government or against Goil.”

We haven't learned from June 3 disaster
Mrs. Sarfo also suggested that the the country may not have picked any lesson from the June 3 disaster because fuel stations were still being sited in residential areas without the required safety meaures.

“You see a lot of fuel stations springing up in residential areas. It is something that is appalling. Anything can happen. You are sleeping an your house fixed in-between a fuel station; if they should be a fire outbreak, a blast or a flood like we witnessed a year ago, it means that whole residential area will be affected.”

She thus urged the National Petroleum Authority (NPA) and the Environmental Protection Agency (EPA), to follow best practices when it comes to approving license for fuel stations.

“So NPA and EPA should see to it that they don't give license based on favoritism or who they know or all that but whether or not they are complying with the rules. Now we find fuel stations in the middle of homes and it is bad for the country.”