Mills Is With Me In The Spirit -Mahama 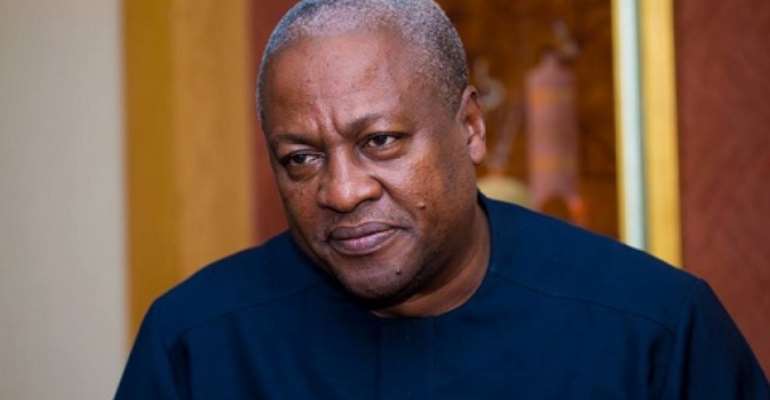 He reiterated that the revamped factory was another plan in his agenda for transformation in not only diversifying the economy; but also adding value to our exports and working towards self-dependence in commodities for which Ghana has comparative advantage to produce locally. Mr. Mahama stated this when he inaugurated and commissioned the long awaited Komenda Sugar Factory to replace the defunct one established by Dr. Kwame Nkrumah in 1966, with a total capacity of a 1000 tons crashing per day sugar mill.

The president said the idea to revamp the factory was mooted by former President John Fiifi Atta Mills and wished he (Mills) was alive to witness its inauguration and commissioning. He was, however, hopeful that the late President was with him in the spirit. The newly built factory will have a capacity of crashing 1,250 ton per day mill. This means that it is 250 tons bigger than the former plant.

President John Mahama, therefore, appealed to the chiefs and land owners within the catchment areas to release land to young men and women who will want to earn an income in sugar cane cultivation to feed the factory. He disclosed that the citing of the factory at the current location was as a result of agro climatic condition of the area, which he said was very conducive for the cultivation of sugar cane.

In the light of this, the president urged the chiefs and people of Komenda to keep a watchful eye on the factory so that it doesn't go the line of the original factory many years ago. He observed that the resultant effect of the collapse of the Komenda Sugar Factory and that of Asutuare in the greater Accra region led to the importation of sugar for domestic and industrial consumption.

He hinted that Ghana spends over 200 million dollars on importation of sugar annually and hoped that Komenda was going to change that worrying situation to save Ghana from spending high earned foreign currency on importing sugar. The president mentioned that the plant was not only going to produce sugar but also other value added products, as by products.

Also, the plant would be expected to provide 3 megawatts of power, of which the company will use 1.5 megawatts and the rest will be added to the national grid. The plant could also produce molasses that could be sold to the alcohol beverage industries for the production of alcohol. It can also be used for the preparation of ethanol which is a very important export commodity and can be used as fuel.

Central regional minister, Mr. Kweku Ricketts Hagan, in his welcome address stated that the commissioning of the project deepened the commitment of the President to the people of the central region. “For us in the Central Region, the Komenda Sugar Factory means a lot. The process of this factory, especially in the area of job creation, direct and indirect, for our people, cannot be over emphasised.”

He added that the factory was one of the numerous magnificent infrastructural edifices the nation was benefiting under the leadership of the president, John Dramani Mahama. For his part, trade and industry minister, Dr. Ekwow Spio Gabrah said his ministry would collaborate with Self-Tech and other subcontractors to take good care of the factory.

He underscored that many state owned enterprises have failed because of poor management, lack of attention to maintenance and service quality standards. “We are not going to allow that to affect this factory,” he assured.

The Omanhen (paramount chief) of Komenda traditional area, Nana Kojo Kru II on behalf of the traditional council and the good people of Komenda expressed an appreciation to the president and the Indian government for the project.

He appealed to Self-Tech PVC, the officials working on the project to endeavour to train Ghanaians on how to handle and operate the equipment so that they can take over when the Indians leave. The inauguration ceremony was attended by former regional ministers, MMDCEs as well as the four paramount chiefs in the municipality.