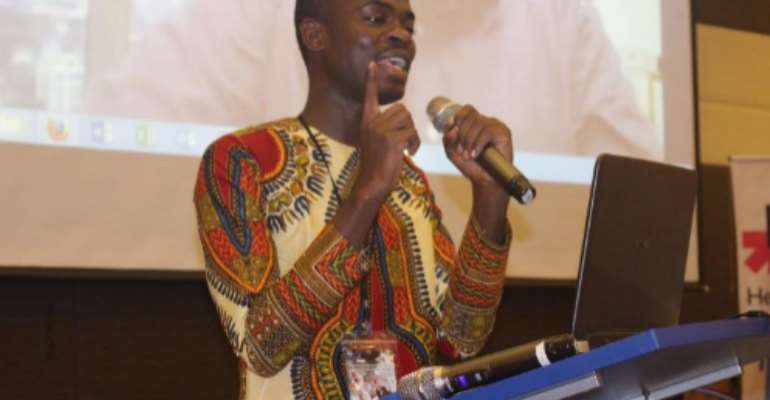 It has become common place that state planners, policy makers, think tanks et al., place so much emphasis on the issues at the macro level to the neglect of extremely micro issues. This is why states focus so much on growth without interrogating the cause and sources of growth. 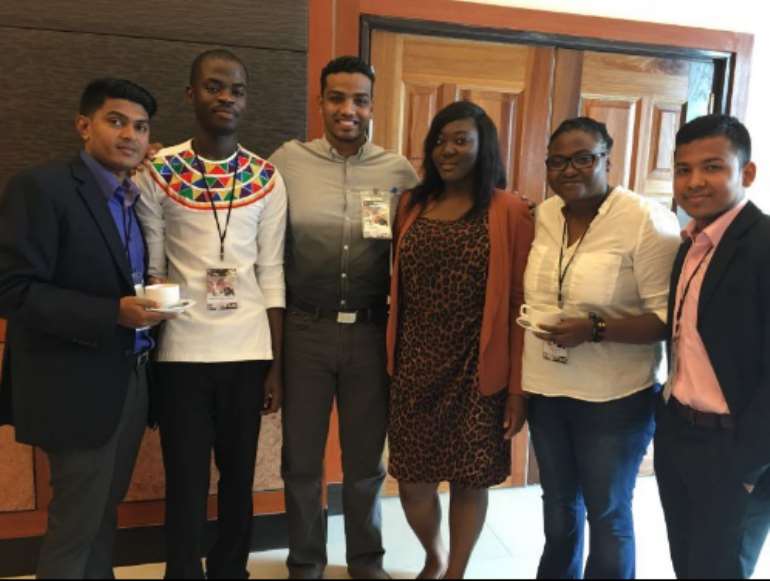 He said this at the just ended International Conference on Child Marriage held in Malaysia. Speaking on behalf of the participants, he drew attention to the fact that majority of people are not aware of the enormity of the issue.

With regards to child marriage, the excruciating pain these child brides and grooms (rare) are subjected to, the negative impact on population growth, poverty reduction and economic growth. This is simply because they focus too much on the bigger picture without looking at the little things that give vivid description of the situation will make the picture pleasant to the eyes.

He also admonished, the youth to be the lead advocate against this menace related to children as it concerns us as youth and we must endeavor to fix it. 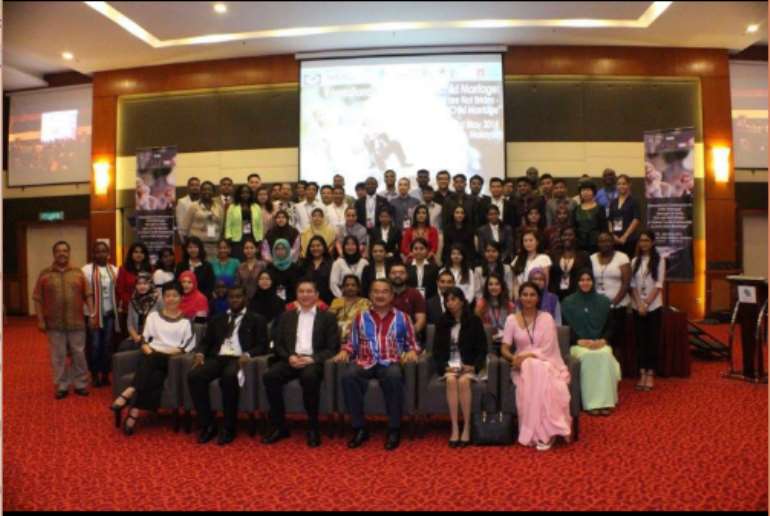 By way of solution, Bernard Owusu stated that one surest tool for fixing a lot of the many challenges in the world is value or ethical education. “The importance of circular education cannot be underestimated but we should be honest to ourselves, although we live in a relatively educationally enlightened world, many challenges (corruption and child marriage) persist. The focus should not just be on the books but values. A man of values and ethics will not think of causing harm to a child. Let’s promote sex education, circular education but as a necessity, we must put emphasis on values and ethics.

Manas Dowlani the President for the International Youth Council for India intimated that the SDGs cannot be achieved if we do not make strenuous efforts in fighting child marriage and other discriminatory and criminal activities that affect the very core of socio-economic development. He advised the participants to leverage on their social contacts to form useful partnerships in addressing this challenge. 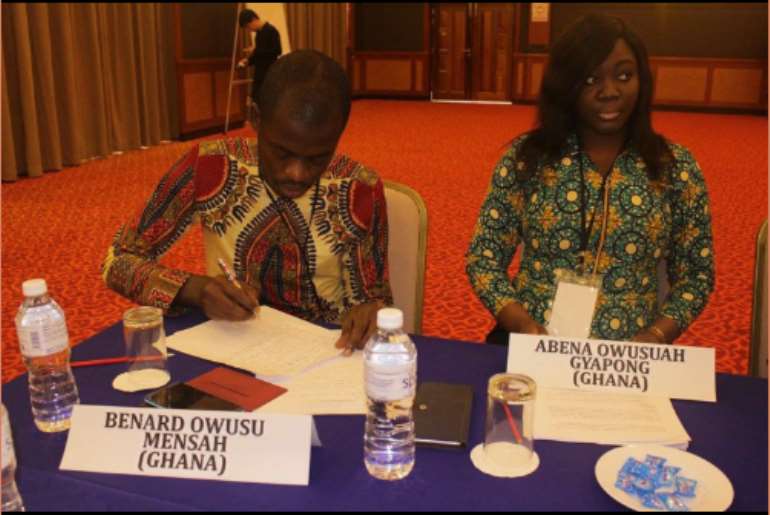 Touching lightly on the statistics, over 700 million people living today got married before their eighteenth birthday, 15 million children marry annually, 41000 children get marry daily, 28 children marry every two (2) seconds and for the last decade, about 140 million children have gotten married. Against this background, Pallavi Pareek stressed that we all must see lives as being affected not mere numbers hence must be charged to fight for the current and potential victims (potential and current).

The Canadian High Commissioner to Malaysia pledged Canada’s commitment in promoting skill training and entrepreneurship and therefore charged on the youth worldwide to seek assistance from any Canadian office in their region. To add to the voice the president of the Melaka Bar Council and the Secretary to the Malaysian Bar Council said we must push for workable laws that abhors this practice. Until that is done, we the youth as advocates must investigate into the existing laws in their respective countries, make sure these laws work and champion repeals in places where the laws look moribund. 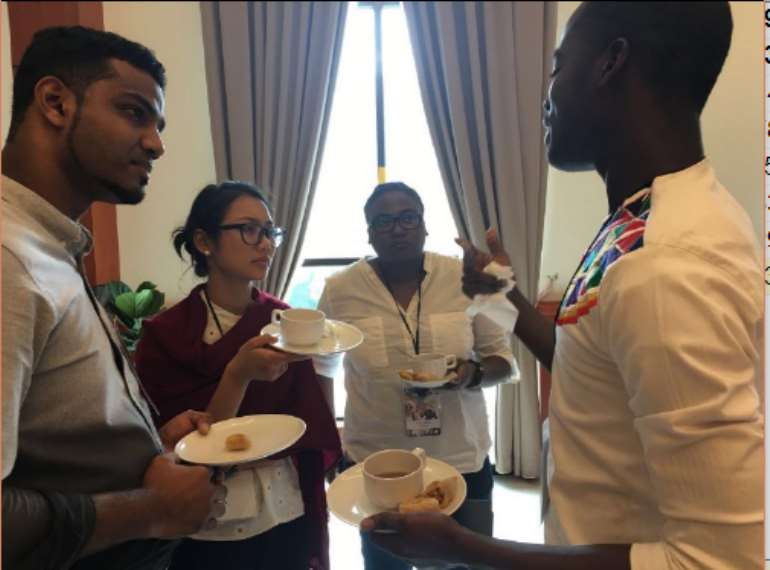 Miss Varsha, the Coordinator for the World Youth Foundation (the host organization) charged the youth to do enough in their small ways to reduce this challenge. She said “little efforts count so let’s work hard to make little changes in our small local areas”.

The Speakers included the President of the Commonwealth Youth Council (UK), (Malaysia), Representatives from United Nations Committees both on Women and the Youth, educationists, psychologists and relevant bodies on youth development. 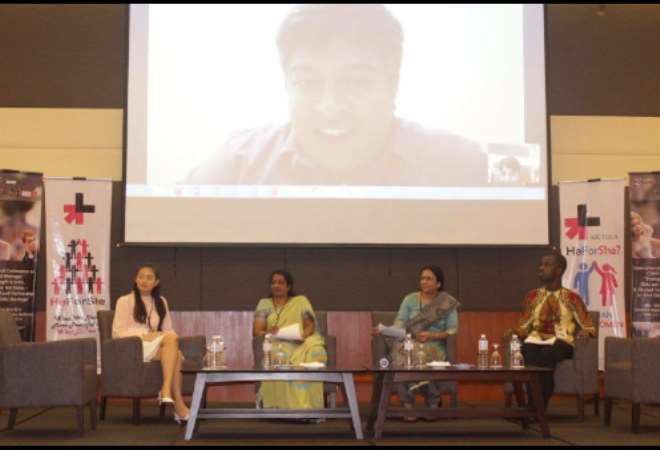