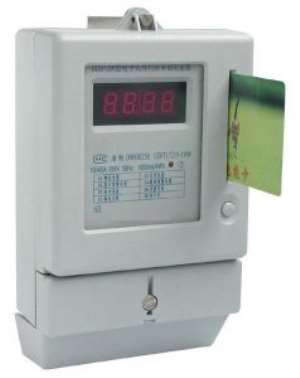 From Ernest Best Anane, Kumasi
THE ELECTRICITY Company of Ghana (ECG) has expressed worry over what they have described as 'political' meters which were imported and distributed to some communities in the country between 2014 and 2015, on the blind side of the state owned company, which gave them a hell of time.

According to the Ashanti Regional Public Relations Manager of the company, Mr. Erasmus Baidoo, 24,000 of such metres were distributed to these communities in 2014 whilst 44,848 came in 2015, without the knowledge and authorisation of the ECG.

According to him these metres were not regularised by the ECG and thus made it virtually impossible for the company to bill and retrieve monies from those using them. The development, he continued, resulted in huge revenue loss to the company.

The Public Relations Manager was speaking at the implementation and sensitization forum attended by the MMDAs, Chief Executives, Directors, planners and accounts officers to better understand their systems and operations. He pleaded with those behind the importation and subsequent distribution to the system to stop the practice.

Commenting on the high electricity tariffs, he contended that the ECG had done nothing wrong and that, they were only implementing the tariffs approved by the parliament of Ghana and accepted by Public Utility and Regulatory Commission.

According to him, their machines are fixed and monitored and that neither the directors nor the employees could reduce or increase tariffs. He also entreated the public, especially those in compound houses to do separate wiring if one thinks he/she was being over billed.

He announced that the ECG would be ready to provide a meter at no cost to every consumer provided the latter did not owe the ECG. According him, because of the availability of power, some consumers leave their gadgets on, forgetting that the more power they consume, the higher the risk of entering into the high tariff bracket.

He urged the citizenry to contribute in making the nation accident-free and crime-free, as the electrification levy is used to pay Ghana’s contribution to the National Electrification programme which is funded mainly from donor support.

He stressed that it was necessary for the nation to expand access to electricity to all the corners of the country. He underscored that, currently, Ghana’s rural and urban electricity coverage stands at 76%, which is second only to South Africa in Sub-Saharan Africa.

It would be recalled that in November last year, The Chronicle reported that  the Bekwai district of the Electricity Company of Ghana (ECG) was reportedly grappling with a tedious resurveying exercise to capture 30,000 and 40,000 electric metres that were distributed on its blind side in the Bosomtwe district of the Ashanti region in 2012.

For the past three years, consumers in most of the communities in the Bosomtwe district, using electric metres, allegedly distributed by Dr. OtengAdjei, then Minister of Energy, as a campaign tool, were said not to have been captured on ECG data and, therefore, such persons were not paying electricity bills for that long period.

An estimated 30,000 metres were said to have been supplied by Dr. OtengAdjei through the Oteng Adjei Fan Club, led by Mr. Yaw Barimah.

Nana Owuraku, a former Assemblyman for Esreso, was mentioned as the one who distributed the electric metres at Esreso and Esreso New Site in Ashanti Region.

The situation was also reportedly pertaining in Ahwiaa, Medoma and Mamponteng New Site -all in Ashanti region and some parts of the Northern and Brong Ahafo regions.