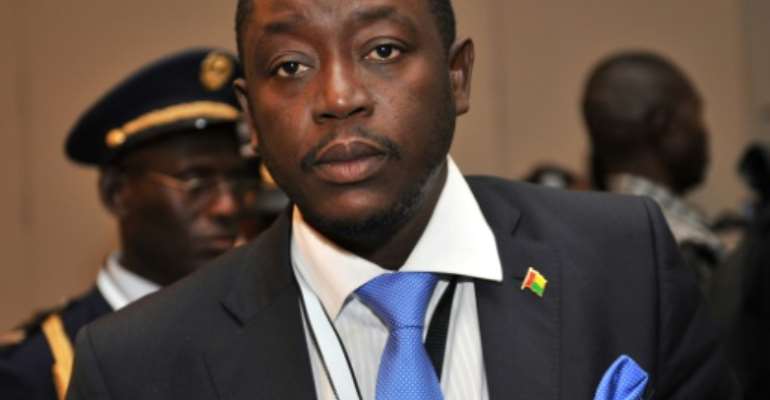 Baciro Dja has been named prime minister once before, in August 2015, but was forced to resign within weeks after his appointment was declared unconstitutional. By Sia Kambou (AFP/File)

Bissau (AFP) - Guinea-Bissau's new prime minister Baciro Dja was sworn in on Friday with a fresh cabinet also anticipated, but current ministers in the split ruling party have declared they will not leave their posts.

The protracted power struggle within the ruling African Party for the Independence of Guinea and Cape Verde (PAIGC) was laid bare on Thursday when the president named Dja as his choice for premier, nine months after firing party leader Domingos Simoes Pereira from the job.

All three technically belong to the PAIGC.

The majority of the party's lawmakers have said they refuse to recognise a head of government appointed by the president, saying the choice of prime minister was up to the party according to the constitution.

Dja nevertheless took an oath before President Jose Mario Vaz and the country's most senior supreme court judge at a ceremony of dignitaries at the presidential palace on Friday, and promised to fight corruption and promote economic growth.

"I will ensure state funds are used properly and I will fight tenaciously against the misuse of public assets," he added, speaking to a nation where cocaine trafficking has fuelled massive corruption in the political classes and armed forces.

Those close to Vaz and Pereira have both acknowledged significant differences over their approaches to tackling corruption.

But the head of state and his right-hand man will have to contend with ministers from the Pereira government Vaz supposedly fired two weeks ago who remain holed up in their offices and are refusing to leave.

"We aren't going to give an inch of our offices so they can be occupied by an illegal government," communication minister Agnelo Regala told AFP.

Dja had been named prime minister once before, in August 2015, but was forced to resign within weeks after his appointment was declared unconstitutional.

Guinea-Bissau has a history of coups and no elected leader has served a full term in office since the country gained independence from Portugal in 1974 after a war that lasted more than 10 years.

The president said Dja would rule through a coalition of 15 anti-Pereira lawmakers from the PAIGC along with 41 deputies from the opposition Party for Social Renewal (PRS), a slim majority of five in the 102-seat parliament.

"In comparison with the suggestions of the PAIGC, that of the PRS offers more stability for the current parliament," Vaz said in a short address on Friday.

Dja's appointment triggered immediate protests on Thursday with PAIGC supporters burning tyres near the presidential palace, but the atmosphere on Friday was calm in daylight hours.