Gov’t, PURC, others colluding to rip customers off – KT Hammond 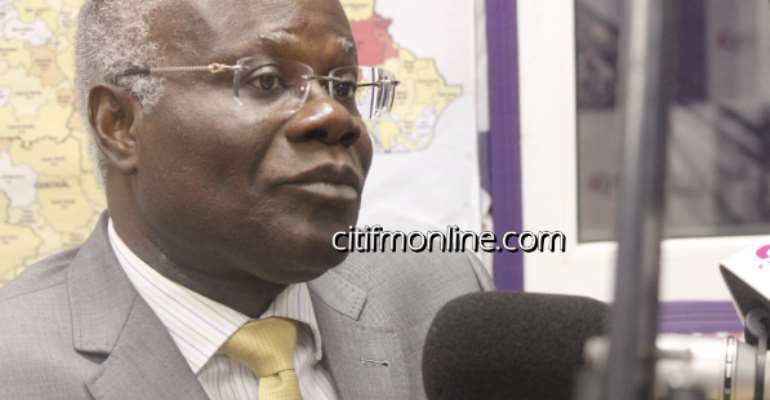 The Minority spokesperson on energy, K.T. Hammond, says Ghanaians are paying more for electricity because of an alleged collusion between government, the Public Utility Regulatory Commission and the Ghana Standards Authority to tamper with the revolutions per kilowatt hour on meters.

According to Mr. Hammond, his investigations have revealed that an increase in the number of revolutions per kilowatt hour has been sanctioned by the PURC thereby increasing the amount individuals pays for electricity.

“I have conducted my investigation and what has come up is that somehow, the PURC has sanctioned a situation whereby the number of revolutions that goes into a credit unit has been reduced considerably,” he revealed on Eyewitness News.

His allegations come amidst widespread complaints from customers using post-paid meters who say they are being overcharged by the new tariff implementation.

We now pay for units on 45 revolutions per kilowatt hour

The Minority spokesperson on energy explained that erstwhile, the revolutions on meters run about 60 times but they now revolve at 45 revolutions per kilowatt hour.

“Those days, my understanding was that your meter would have had to run 60 or 55 revolutions before you have one unit that you pay for. What has happened now is, that has been sanctioned by the Standards Board and we no longer do that. The revolutions are now 45.”

He explained further that this directly increased the amount of money we pay for units of electricity saying, “when you paid for a 100 cedis of credit and through that you were going to have 60 to 65 revolutions to give you units, you now actually are going to have only 45 revolutions so when your mercury dial has done 45 revolutions, it gives you more units to pay for.”

He also indicated that the Standards Authority is responsible for the calibration of the meters and that the anomaly also reflects in the digital prepaid meters.

“It is in the process of the calibration that these things happen. The manufactures of the product don't have much to this. I am the ultimate purchaser and I will have to tell them what they want. I produce the meter to their specifications and their specifications is that we want 45 revolution per unit. Now that translates to the new ones.”

Explanation needed for 'gigantic rip off'
Mr. Hammond is of the view the parties complicit in this alleged collusion should be given the opportunity to explain what roles they played in this situation he described as “scandalous” and a “gigantic rip off”.

“The collusion is among the government of Ghana, the PURC, the ECG and particularly the Standards board. I think each of them at the end of the day should have the opportunity to explain what they know, when they knew it and what they have done about it or what they contributed to it,” he stated.