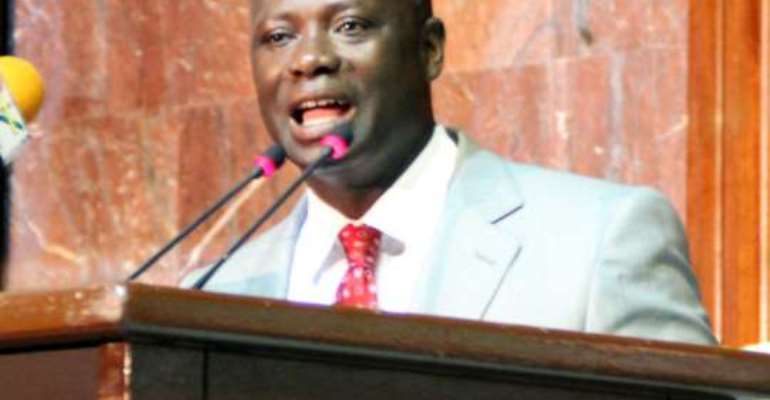 He has, therefore, urged those working for its restoration to work diligently and quickly without compromising safety standards to ensure the resumption of oil production and gas evacuation to ensure adequate power supply to the nation.

A turret is the major component of a vessel or any floating production unit (FPSO, FPO) to which the risers coming from the seabed are connected.

Mr Buah, who was addressing the media at the Airport in Takoradi, after a visit to the oil rig, was flanked by the Country Manager of Tullow Ghana, Mr Charles Darko, the Director of Operations of the Ghana National Petroleum Corporation (GNPC), Mr. Thomas Manu and some officials of the Petroleum Commission.

The visit afforded the Minister and the Jubilee partners, led by Tullow, the opportunity to update themselves on the progress of work on the FPSO Kwame Nkrumah vessel, following its shut down in March 20, this year for a 14-day maintenance works.

The date for the completion of the job was, however, extended for another two weeks.

Mr Buah said Tullow, as part of safety measures, had brought in three tugboats and a shuttle vessel to the facility to ensure the off-take of oil from the FPSO, when it got back on stream.

Mr. Darko affirmed Tullow's readiness to partner the Government in a transparent manner, saying maintaining the integrity of the national asset was their topmost priority.

He said Tullow had pursued the highest standards of safety and it would ensure that the FPSO vessel was adequately safe and reliable.