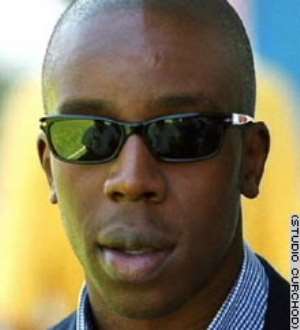 LAGOS, Nigeria (CNN) -- Kojo Annan, the son of U.N. Secretary-General Kofi Annan, says he had no involvement in the troubled Iraqi oil-for-food program that has drawn both men into multiple investigations.

Kojo Annan, in his first public comment on the subject, told CNN in a written statement: "I have never participated directly or indirectly in any business related to the United Nations."

Annan, 31, who lives in Lagos, once worked for Cotecna, a Switzerland-based company that inspects commercial freight shipments. It employs 4,000 people in 100 countries.

The United Nations hired the firm in 1998 to verify paperwork on imports purchased by Iraq with revenues from its limited oil exports permitted while international economic sanctions were in effect, stemming from Iraq's 1990 invasion of Kuwait.

Annan worked for Cotecna from late 1995 to late 1997, and subsequently for nine months as a consultant to the firm.

Critics have suggested the firm might have been favored in its bid because of the Annan family connection. Annan and Cotecna deny that.

"He was not involved in any of Cotecna's operations involving the United Nations or Iraq," Seth Goldschlager, a Cotecna spokesman, told CNN.

"This is a subject of the investigation that Cotecna is confident will conclusively show there was no connection at all."

The oil-for-food program, administered by the United Nations, was designed to allow Iraq to sell oil and use the proceeds to buy food and medicine to mitigate the sanctions' impact on the Iraqi people.

A U.S. Senate committee has charged that Saddam Hussein was able to siphon off $6.7 billion in oil revenues from the program and made an additional $13.7 billion smuggling oil in contravention of international sanctions.

The U.N.-monitored program took effect in 1996 and ended in 2003. Over seven years, Iraq sold $64 billion worth of oil to 248 companies incorporated in 61 countries, according to an independent inquiry headed by former Federal Reserve chairman Paul Volcker.

Investigators are exploring possible corruption in the program's management and misuse of the funds, including whether officials were bribed or vendors kicked profits back to Saddam's deposed regime.

The United Nations originally tapped Cotecna to conduct inspections of Iraq-bound goods in 1992, but Saddam Hussein resisted participation in the oil-for-food program until 1996.

Cotecna hired Annan to work in West Africa shortly after he graduated from a British university. The firm says his job involved pre-shipment inspections of goods in Nigeria and Ghana, the native countries, respectively, of his mother and father. They divorced when he was a child.

After his employment ended, Cotecna continued to pay Annan until February 2004 -- a total of $125,000 over four years, he says -- as part of a non-competition agreement that precluded Annan from working for Cotecna competitors.

Annan told CNN he has already spent "countless hours" being questioned on two occasions by investigators for the U.N.'s independent inquiry led by Volcker.

He has not spoken to investigators from the probe by U.S. congressional committees.

"I feel the whole issue has been a witchhunt from day one as part of a broader Republican political agenda," Annan said in his statement to CNN.

A group of Republican legislators has urged Kofi Annan to quit his U.N. post, but the Bush administration has expressed support in his leadership of the 191-nation body.

"The rest of the world has shown their unwavering support for my father," the younger Annan said.

"What will the U.S. senators have to say if there is, as many over here and in the rest of the world suspect, no substance to the allegations against my father and me?"

Annan told CNN he feels sorry for the distress he's brought on his father and the rest of his family, but he feels confident that in the end he will be found "innocent of any wrongdoing."

Advisers to the secretary-general say he was aware of his son's job with Cotecna, but that nothing Kojo Annan did was illegal or improper.

Kofi Annan himself has said he had no involvement in the granting of U.N. contracts, but was "disappointed and surprised" to learn that Cotecna continued to pay his son after 1998 and "the perception of conflict of interest" that created.