How ISIS Boy Was Killed 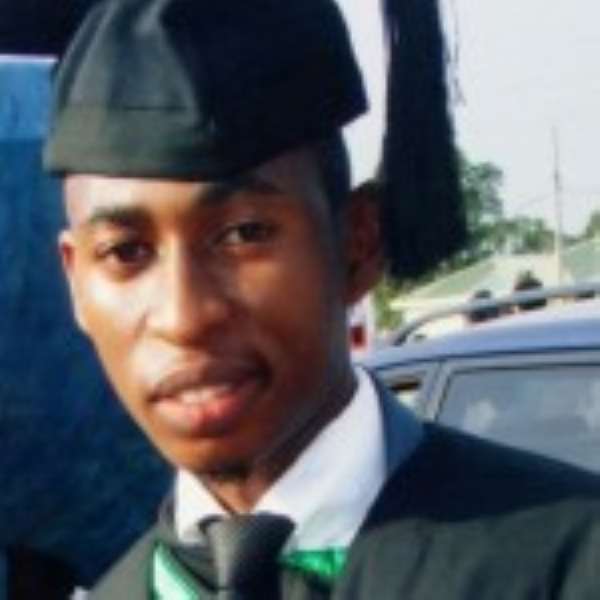 Nazir Nortei Alema, who made the headlines when he surprisingly joined the Islamic State in Iraq and Syria (ISIS) last year, is dead, his Islamic funeral attracting massive turnout at Osu last Sunday.

The deceased received positive tributes from his acquaintances, including the Tudu Central Mosque Imam, Abdul Hamid Musah, whose Friday sermon centred on the plight of Nazir.

Nazir reportedly died while in the frontline in Homs, Syria, at the hands of Bashar Assad's forces who took advantage of the strafing of the ground by Russian bombardment or direct hit from the Russian aircraft on one of their many sorties.

The report of his death, DAILY GUIDE learnt, was relayed to the family through an email from another Ghanaian ISIS recruit.

The message hit the family like thunderbolt, having lost a loved one after seeing him through university education.

The special prayer for Muslims who die without their remains available – Salaati Galib – was held at the Tudu Central Mosque last Friday after the weekly congregational prayer.

After Imam Abdul Hamid Musah, the cleric who led the prayer, a contemporary of the deceased, had announced the death of the young Kwame Nkrumah University of Science and Technology (KNUST) graduate, the mood of the faithful became sombre.

He told the congregation that Abdul Nazir had passed on after being lured into believing that he had joined the ranks of the faithful to fight for the cause of God. That was not the case anyway, as according to him he had fallen prey to bad gang who lie about their faith thereby luring innocent persons such as the gentle Nazir to join them.

“Let parents be wary about who their children's friends are,” the Imam said, adding, “This way, parents would be able to monitor the kids with a view to intervening where necessary. Not doing so is risky and can lead to untoward fallouts such as it befell Nazir.”

He described Nazir as a good man and prayed God to be gentle with his soul because after all, he went to Syria with a clean heart.

.
The foregone constituted the contents of the Friday or Jummat sermon – the highlight of the weekly religious rite, the attendance of which is mandatory for all Muslims.

At the end of the prayer came the special prayer or Salaati Gaalib.

The next funeral prayer was the one held at the ancestral home of the Alemas at Osu, not far from the Kingdom Bookshop.

Many sympathisers turned up to partake in the spiritual exercise for the soul of Nazir.

Nazir was born in the United Kingdom where his parents sojourned until their final return to Ghana.

Nazir Alema, it would be recalled, informed his parents through a correspondence last year after the completion of his national service that he was en route to join ISIS to fight a jihad. Since then his parents, especially his mother, had been on tenterhooks not knowing what was going to befall him until the sad news came to them via an email message sent through one of his Ghanaian colleagues.

Nazir's joining ISIS prompted a national worry and an eventual first national conference on extremism at the National Theatre in Accra, which close to 2,000 Muslim youth from various educational institutions partook in.