I Don’t Know You 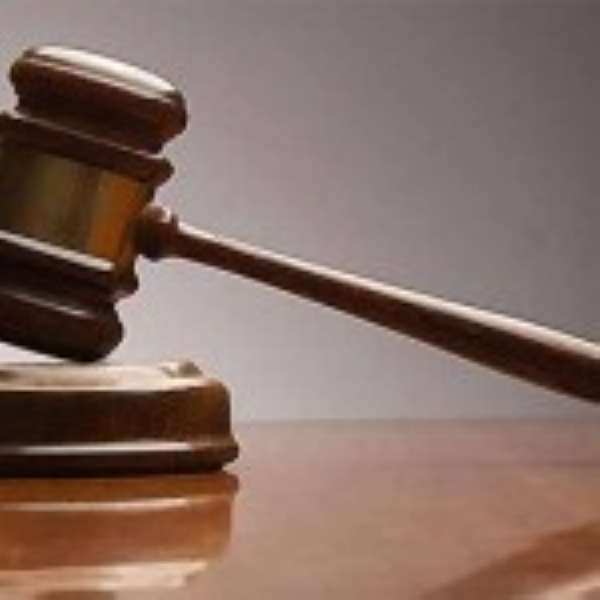 The 35-year-old carpenter alleged to have stolen an AK47 rifle from a policeman who slept on duty has denied knowing the complainant in the case.

According to the accused, Anthony Agbozo, somebody picked the weapon from under his kiosk and handed same to him and he was arrested.

The accused who was cross examining L/Cop Joseph Manu in a Circuit Court in Accra yesterday insisted that he did not steal the gun from the police officer.

L/Cop Manu, a policeman serving at Amasaman led in evidence by Chief Superintendent Duuti Tuaruka had narrated to the court the circumstances leading to the disappearance of his rifle.

The accused was said to be in possession of the riffle in addition to eight rounds of ammunition without lawful authority.

Anthony was arrested last year at Pokuase, a suburb of Accra when he purportedly threatened his wife with the weapon.

He has however denied the charges of unlawfully and intentionally damaging the rifle which was the property of the Ghana Police Service.

The trial judge Aboagye Tandoh has remanded him into police custody until February 10, 2016.

.
Chief Supt. Tuaruka said at about 6pm on November 30, 2015, L/Cop Manu came to the Amasaman Charge office and booked the said weapon in addition to 10 rounds of ammunition for guard duty at the Pobiman toll booth.

He said at about 10pm on the same day, the police officer returned with the riffle to his rented quarters at Pokuase where he lived to see if his wife who had traveled the previous day had returned.

The prospector stated that the policeman while waiting put the rifle on the floor, laid on his bed and slept off adding that while he was asleep Anthony went into the room and stole the rifle together with the ammunition.

Chief Supt. Tuaruka further told the court that at about 9pm on November 30, a witness in the case saw Anthony hiding the AK 47 rifle under his kiosk and raised an alarm leading to his arrest.

During interrogation, it was detected that Anthony cut the muzzle and the butt of the rifle while six out of the eight rounds of ammunition retrieved from him were not those stolen from the police officer.