Ghana Not Ready For This Year’s Elections – IEA 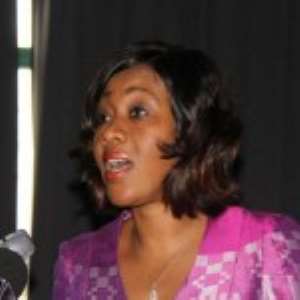 Executive Director of the Institute of Economic Affairs (IEA), Jean Mensa has stated that Ghana is not fully prepared for the November polls.

She said much was yet to be done in ensuring a successful election.

In an interview with Citi News, Jean Mensa said the Electoral Commission needs to immediately start a voter education exercise to sensitize Ghanaians on their civic responsibilities.

She noted that early sensitization of voters will ensure a reduction in the rejected ballots which dominate the nation's polls.

.
The Electoral Commission had announced that this year's election will be held on November instead of the usual December schedule.

According to Jean Mensa, although the EC has put out its timetable for the election, “I'm not hearing of voter education, the dialogue seems to be among the political leadership, those who are in charge of managing and running the elections.”

She lamented that the EC has only 8 months to organize the election “but I'm not sure it is collaborating with the NCCE to raise awareness about the election to start engaging in voter education.”

“I'm not sure that we are putting ourselves in place to have a successful election, I think that more needs to be done. A lot of sensitization needs to be done from the EC and the NCCE as well. I know that we just started the year but I'm hoping that in the course of this quarter some activities will be put out to give comfort to us the ordinary citizens,” she added.

According to Jean Mensa, the voter register still needs some more work to be in tune with the expectations of the people.