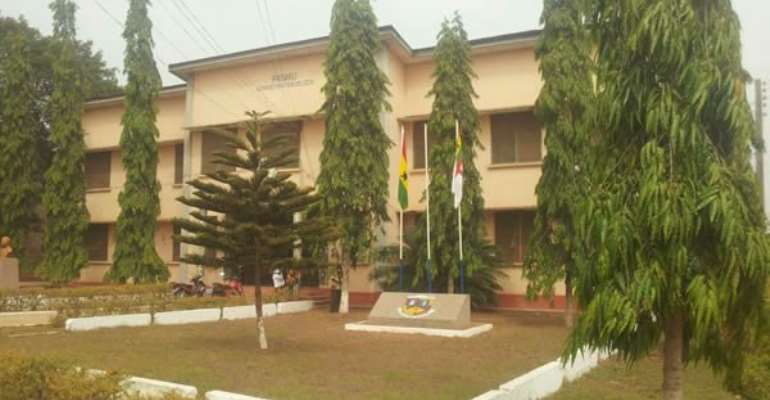 A parent of a final year student of St Paul’s Senior High School at Denu in the Volta region has threatened to sue the school for sacking his son from class.

According to him, his son and some other students were sacked by teachers of the school because they refused to pay vacation classes fees they did not attend .

"When school resumed his January, he sent me a text message that for two weeks that he has been in school, they have prevented him from attending classes," he told Joy News.

Teachers of the school are demanding that all the final year students pay for classes organised by the school during the Christmas holidays, whether they attended or not, Joy News has learnt.

Students who could not pay the vacation classes fees have been barred from attending regular classes.

Speaking to Joy News, some of the students said they have been hovering around the school compound for about two weeks.

“Our examinations are just around the corner and we have been missing classes. We want something to be done about the situation,” one student told joy News.

But an angry father of one of the students has mande some demands from the school and warned if they failed to meet these demands he will sue Ghana Education Service and the school.

"What I want the school to do is to write an official apology to me and secondly, be ready to tutor my son to catch up for the two weeks otherwise I will take the school to court as well as GES," the aggrieved father threatened.

Meanwhile, headmaster of the school, Francis Hlorgbey told Joy News he has been out of the school for three days because he is bereaved and did not know the incident has been going on for two weeks.

“I did not know about the incident. No student reported the incident to us, nobody told me anything, I have just been told about it and so I have asked the Assistant Headmaster, Academic to instruct the teachers to stop” he said.

He added that he was told the incident has been going on since Monday, 25th January and not for two weeks as claimed by the students.

Mr Hlorgbey said that the vacation classes have been approved by the GES but he would get more information about the students being sacked from classes and apply appropriate sanction to whom it is due.