Five Egyptian policemen killed in IS attack in Sinai 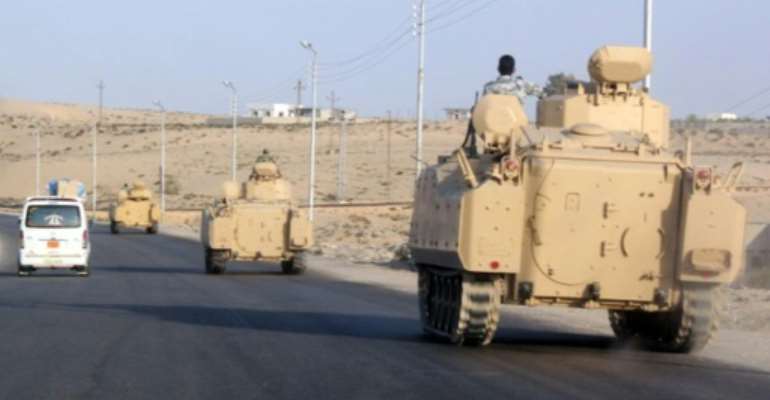 Jihadists in Egypt's Sinai Peninsula have pledged allegiance to the Islamic State group and killed hundreds of policemen and soldiers. By (AFP/File)

Cairo (AFP) - Gunmen have killed five Egyptian policemen at a checkpoint in the Sinai Peninsula, the interior ministry said Thursday, in the latest attack claimed by the Islamic State group.

The incident happened on Wednesday night in North Sinai province where security forces are battling a jihadist insurgency.

"Unidentified gunmen opened fire on security forces at El-Etlawi square in the centre of El-Arish," the ministry said in a statement, referring to the provincial capital.

A gun battle ensued in which the five policemen were killed and three conscripts were wounded, it said.

Security forces were searching for the attackers, the ministry said.

The region is a bastion of the IS-affiliated group Sinai Province, which claimed the attack in a statement posted on jihadist websites.

"Three soldiers of the Islamic State carried out a precise attack on a checkpoint of the infidel police at El-Etlawi square in El-Arish using light and medium weapons," the Sinai Province group said.

IS fighters regularly target policemen and soldiers in the area.

Jihadists say their attacks are in retaliation for a brutal government crackdown targeting Morsi's supporters that has left hundreds dead and thousands imprisoned.