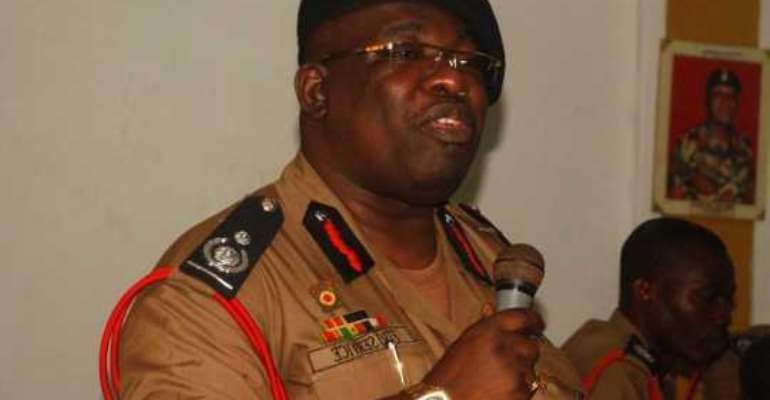 The Chief Fire Officer said the response time of the Service to emergencies had improved tremendously to an average of 10 minutes, as compared to the previous year's response time of 30 minutes.

'This means it takes fire-fighters 10 minutes from the time of call to arrive at the incident scene, a feat that demands commendation even as we strive to attain the international response time of four minutes'', he said.

Dr Brown Gaisie, who announced this at the 2015 GNFS end of year get-together in Accra, said in extricating trapped victims from Road Traffic Collision and other related rescue operations, the Service response had improved from an average of 30 minutes to 20 minutes.

Dr Brown Gaisie said the Service had embarked on an expansion programme to ensure that every District in the country has a fire cover, adding that 15 New Fire Stations have been commissioned in the Central, Volta, Tema, Brong-Ahafo, and the Greater Accra Regions of the Service.

He said to ensure that markets were safe from fire outbreaks, Regional Commanders have been directed to organise simulation exercises in the various markets in their respective Regions.

Dr Gaisie expressed worry about the inadequate water sources for firefighting operations, which has hampered the smooth operations of fire fighting as fire tenders have to commute long distance in search of water during emergencies.

Mr Mark Owen Woyongo, in a message read on his behalf by Mr James Agalga, Deputy Minister of Interior, called on the fire officers to improve upon areas where they were deficient in 2016.

He said 2016 would bring its own mix of successes and challenges, but the Service must not lose focus on their mandate of preventing and managing undesired fires and protecting lives and properties.