Bill of Indictment on Afoko January next year 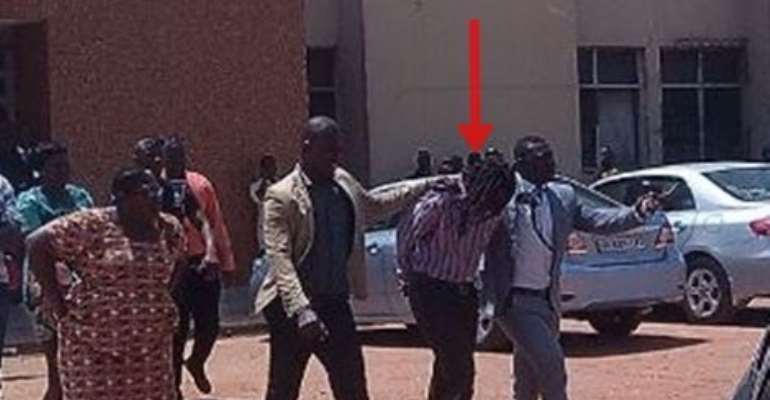 Accra, Dec. 21, GNA - The Attorney General's Department says the bill of indictment on Gregory Afoko, who allegedly poured acid on the late Upper East Regional Chairman of the New Patriotic Party, Adams Mahama would be ready in January.

Fred Awindago from the Department told an Accra District Magistrate Court on Monday, after the court had declined to grant bail to Afoko who is being held on the charge of murder.

The state attorney gave the indication when defence counsel Mr Israel Ackah demanded from the state as to when the bill of indictment on Afoko would be ready since the court was adjourning the matter to reappear in two weeks' time.

Mr Awindago then told the court that the bill of indictment would not be ready in two weeks and prayed for a month.

He explained that the AG's Department was collecting information from where the incident took place and in Accra.

Earlier, it was not clear as to whether or not the AG representative wanted the court to hold on to its ruling.

This is because Mr Awindago told the court that the office had not been served with the ruling of an Accra High decision which suggested that Afoko should be granted bail.

Counsel contended that he was before the said High Court and what took place was different, adding 'no direction was given by the High Court to the Magistrate Court in the said application.

Mr Israel Ackah, counsel for Afoko told the state attorney that if the Department wanted to arrest the ruling of the court, it should do so and not pre-empt what the Magistrate court was going to deliver.

According to Mr Ackah, the state had the right to appeal if the lower court's ruling did or did not go in their favour.

'This is not a moral application, kindly raise issues of law,' defence counsel said.

The court presided over by Mr Walanyo Kotoku urged the representative of the AG to follow up on cases and not try to disrupt them.

Ruling on the bail application, the court noted that the said High Court presided over by Mr Justice Anthony Yeboah did not make specific order in relation to Afoko's bail application.

According to the court, in offences like treason and murder, the grant of bail was done before a High Court, as such, it could not extend its jurisdiction by granting bail to the accused person.

It therefore urged defence counsel to move to a superior court for the bail application to be heard.

It therefore the adjourned the substantive matter to January 6.

Afoko on a number of occasions sought bail at the Magistrate Court but it had turned him down.

His lawyers had argued that he had been incarceration for more than eight months and his personal liberty is at stake, hence should be admitted to bail.

According to counsel, the state had also not shown interest in prosecuting the matter.

Prosecution also contended that the AG had not completed the bill of indictment as they were working on it.

Afoko has been charged for murder, his accomplice, Musah Issah, is being held for abetment of crime. Their pleas have not been taken.

On July 10, the Magistrate's Court presided over by Mr Worlanyo Kotoku, admitted Issah to bail in the sum of GHâ‚µ20,000.00 with four sureties.

He is to report to the Criminal Investigation Department of the Ghana Police Service before noon from Monday to Thursday, until the case is disposed of.

In the case of Afoko, an Accra High Court refused him bail, saying there had not been any unreasonable delay in the matter.

The Court presided over by Mr Justice K. A. Okwabi noted that the facts and charges were properly laid and they connected Gregory to the crime.

In May, while he was on the way home, Mahama was attacked with acid, and he later died in the hospital.

He reportedly named some of the persons who attacked him.

According to the Police, Afoko after his arrest, was asked to lead the Police to the house of his accomplice, Asabke Alangdi, but 'he rather took them to his father's house.'

The Police said they later located the house of the second person, but the suspect, having gotten wind of their presence, absconded with his wife, leaving behind their baby.

A gallon, which allegedly contained some of the substance and a plastic cup, were retrieved from the scene for forensic examination, the Police stated.

The Police said: a 'post mortem examination was conducted on the body of Adam and the pathologist gave the cause of the death as shocked lungs and extensive acid burns.'

Issah was arrested for allegedly buying the acid used for the attack.