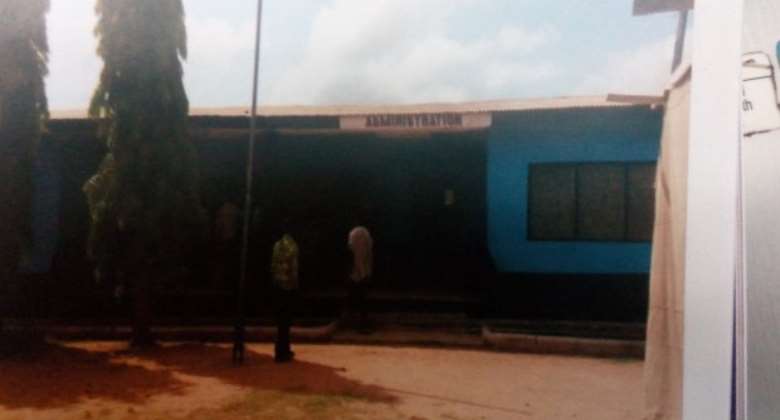 Most of the schools, which have been in existence for several years and located in deprived communities, lack classrooms, teaching and learning materials, teachers' accommodation, Information Communication Technology (ICT), laboratories, kitchens and visual art studios.

One of such schools is the Abor Senior High School (ABORSCO) located in the Keta Municipality of the Volta Region.

At an event to climax the 50th anniversary of the school, Vice President Paa Kwesi Amissah-Arthur, who was the special guest of honour, commended the Abor community for starting the school and urged other communities to emulate the gesture since government alone could not provide all the infrastructure.

He also called for collaboration between the school, the community, alumni and government to support the development of ABORSCO.

The 50th anniversary ceremony was under the theme, 'Provision of Quality Education; the Role of stakeholders.'

Infrastructure Challenges
Headmistress of the school Nancy Osei Goh bemoaned the infrastructure deficit in the school, which has hampered teaching and learning.

Ms Osei Goh said despite the achievement chalked by the school, infrastructure is not commensurate with the growing student population of the school.

'For instance, the school has no assembly hall. A mini assembly/dining hall, which was started five years ago, is still at the foundation stage.

The edifice must be expanded because it cannot accommodate over 1,200 students.

'The school has had to restrict admissions due to inadequate classrooms. The administration block has outlived its usefulness, according to the headmistress.

Despite the ongoing construction of a new one storey girls' dormitory, the existing dormitories are congested, especially the boys' side. The school has accommodation for only three people on campus, the headmistress, senior housemaster and the senior house mistress.

She also called for a vehicle for the administration since the 22-seater bus provided by government is woefully inadequate.

Ms Goh also appealed to government and other donors to provide a library and science laboratory.

History
The Abor Senior High School (ABORSCO) was established on 1st October, 1965 as a private Community School through the initiative of the chiefs, people and members of the Abor Youth Association (AYA) living in Accra, Kumasi, Takoradi, Ho and other places.

Twelve notable founding fathers led the establishment of ABORSCO, which started with 15 students. The school was later absorbed by the government in 1982 with 54 students and 10 teachers.