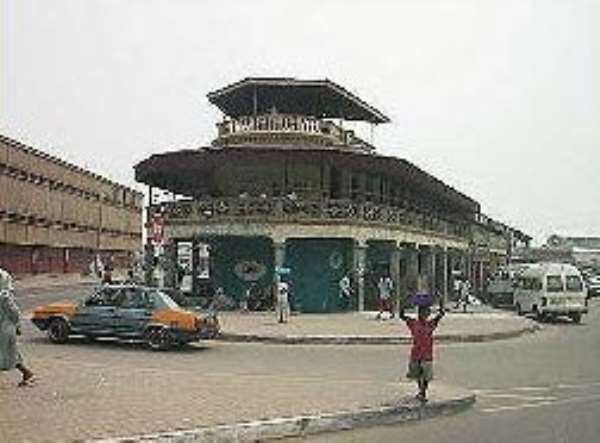 Accra Oct. 19, GNA - The Ministry of Tourism and Modernization of the Capital City under its programme, will regenerate the Bukom Square, build a Hall of Fame where all renowned boxers from Bukom would have their profiles and rehabilitate the public place of convenience in Bukom.

Mr Jake Otanka Obetsebi-Lamptey, the sector Minister, announcing the five million-dollar project on Tuesday at a ceremony to kick-start the Modernization of the Capital City programme said, " A time has come for the start, the regeneration of Bukom project".

He said modernization is not achieved by building tall towers or sky scrappers, "rather we say a city is modernized when people living in the city live good lives".

The Minister said the programme, which could be described as a wealth-generating venture for the Ga Mashie citizenry, would also see to the leveling of the ground at Bukom Square adding that his sector was sourcing loans for a big deep freezer for coconut sellers in the area. "Tourists can have the opportunity to drink cold coconut juice and would be ready to pay higher for that," he added.

He explained that regenerating the Bukom Square would enhance the place for tourism, therefore promoting tourism activities in the area and the tourism industry will replace the old harbour.

"Young men in the area will be recruited and trained as tour guides for tourists. Ga Mashie is full of history and it is important that tourist share the rich history," he said.

Mr Obetsebi-Lamptey said the second phase of the modernization programme would involve the lighting of the place and the building of a night market for the people in Ga Mashie.

He mentioned that the young men in the area were complaining about the rehabilitation programme because the place served as a football pitch for them and said the place would be smoothen for more of football games and " we can even play league matches on the pitch."

Mr Crosby Tekyi-Mills, coordinator of the programme at the Ministry in an interview with the Ghana News Agency complained about the rebellious action by some young men in the area about the programme. "If only the young men in the area could understand the project and support it, this place would be a better place both for the rich and the poor, both the rich and the poor could come and sit down and relax at the new Bukom Square," he said.

Mr Tekyi-Mills said there was the need for more education about the programme for people to understand, adding, "80 per cent of the modernization programme could be achieved through education. Nii Bii Ayi Bonte, Member of Parliament for the area, Mr Nyaho Tamakloe, GFA Chairman and Mr Agyiri Blankson, the Accra Metropolitan Chief Executive, who were present at the ceremony, commended the project.

Citizens of Ga Mashie were allowed to ask questions and also bring their suggestions.